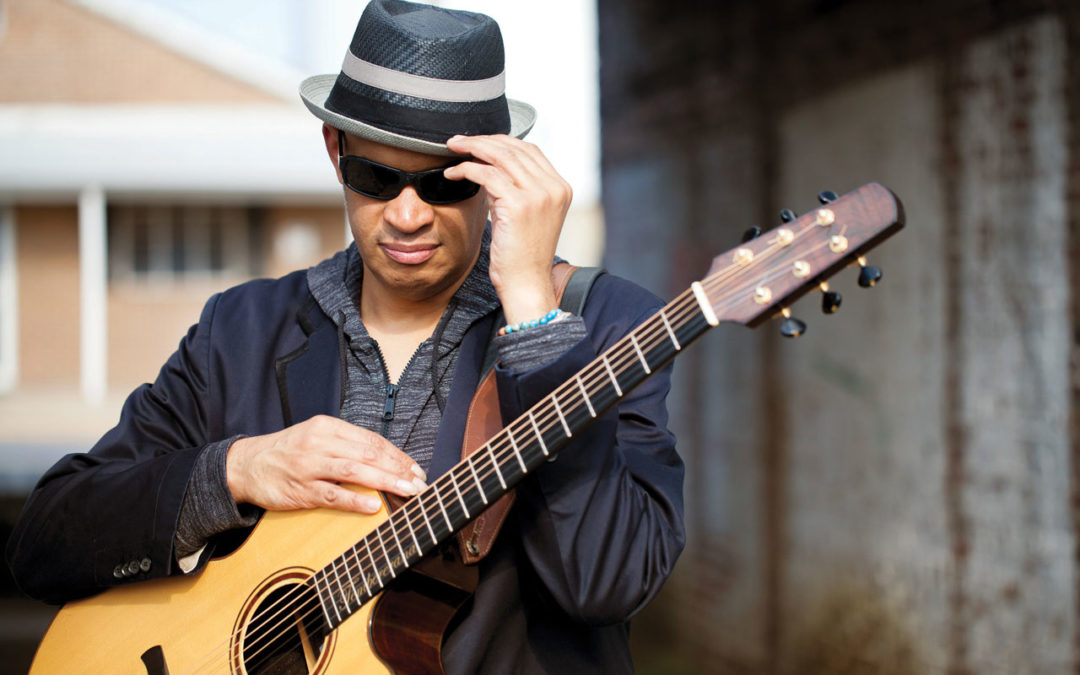 The singer-songwriter and guitarist with seven acclaimed albums, when not collaborating with Herbie Hancock, Stevie Wonder, Jason Mraz, Queen Latifah, and Snoop Dogg, is — as tonight — “a one-man band who turns a guitar into an orchestra and his voice into a chorus” (New York Times).

A native of New Mexico who was educated in the jazz program of the University of Miami—and who now lives in Maryland after years in New York City—Midón has earned acclaim the world over. Ever since being told by some when he was a child that his blindness meant that “you can’t do this, you can’t do that,” Midón has lived a life devoted to beating the odds and shattering stereotypes, learning his own lessons along the way.

“As someone who has never seen, I’ve always felt at a disadvantage in that lyric writing is usually very visual,” he says. “People really relate to images, and I’ve never seen images. But what I realized early on is that you have to write from what you know, and I hear, touch and feel intensely — and those are sensations and experiences that everyone can relate to.”

The title of Midón’s 2017 release Bad Ass and Blind came from an apt description of its maker that soul icon Bill Withers endorsed; the album saw Midón collaborating with such top jazz players as trumpeter Nicholas Payton and pianist Gerald Clayton, and it earned the singer his Grammy nomination for “Best Jazz Vocal Performance.”

This past spring, Midón performed in National Public Radio’s popular “Tiny Desk Concert” feature, with NPR prefacing the broadcast by saying: “Raul Midón lives in a world of sound — blind since birth, Midón’s interpretation of his surroundings is borderless. He sings with the passion of the best classic soul singers, and his instrumental chops stand alongside the most accomplished jazz musicians.”

Now, with his new album If You Really Want, Midón’s voice and guitar ride the waves of an actual orchestra: the acclaimed Metropole Orkest, the Grammy Award-winning Dutch ensemble that has collaborated with artists from Al Jarreau and Elvis Costello to Laura Mvula and Snarky Puppy. Already garnering praise, this album finds Midón drawing “energy from the brass and the strings and the orchestra has an understanding of the myriad musical influence that this artist brings to fore” (Soultracks).