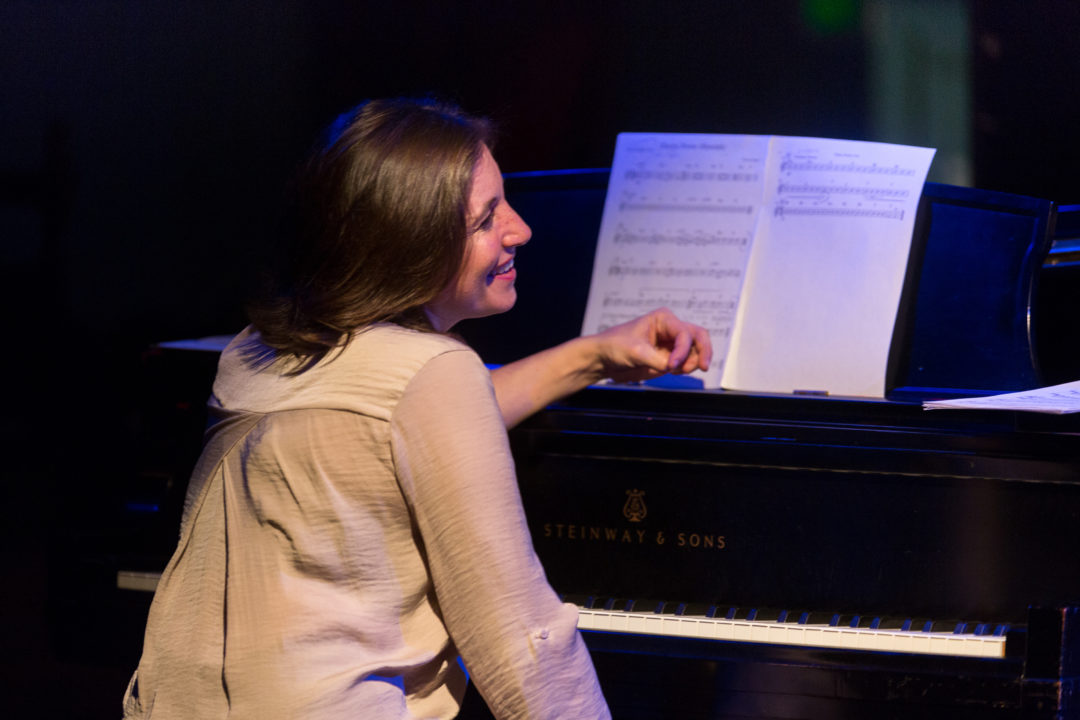 From intimate house concerts to collaborative efforts between community businesses and city arts organizations, here is a glimpse into some of the upcoming concert series around the Puget Sound, many of them free of charge.

Celebrating its 10th anniversary, Marine View Presbyterian Church’s JazzLIVE presents some of the Northwest’s premier artists. Enjoy great jazz in a relaxed and family-friendly environment on the second Sunday of the month from 5-7pm. On Sunday, January 13, an all-star band launches the 2019 series with a tribute to Antonio Carlos Jobim, the brilliant Brazilian artist known for merging bossa nova with jazz. On February 10, Jay Thomas, the influential multiinstrumentalist showcases The Cantaloupes, combining modern with hard bop and boogaloo. The series continues on March 10 with famed smooth jazz saxophonist Tom Braxton, whose distinct, melodic sound has been thrilling audiences of all ages from coast to coast and abroad for nearly two decades. On April 14, terrific trumpeter and great entertainer Lance Buller & The Roadstars take the stage with a variety of music from jazz, to swing. Don’t miss 2016 Earshot Golden Ear Award winner Birch Pereira & The Gin Joints with guests Sundae + Mr. Goessl on May 5. Visit marineviewpc.org for more details.

Now in its 24th year, Earshot Jazz proudly programs this free series presented by the Seattle Art Museum in cooperation with KNKX. The concerts take place on the second Thursday of the month, offering art enthusiasts opportunities to enjoy great jazz in a relaxed setting. The 2019 Art of Jazz series gets underway on January 10 with award-winning saxophonist, improviser, bandleader, and educator Kate Olson. A unique contributor to the Seattle jazz scene, she leads her own projects KO Ensemble and KO Electric and collaborates frequently with Syrinx Effect, Ask the Ages, the Seattle Rock Orchestra, the Royal Room Collective Music Ensemble and Electric Circus, led by Wayne Horvitz. February 14 is a Valentine’s Day homecoming with one of our favorite New York exports, vocalist Kendra Shank. Her crystal-pure tone, powerful musicianship, and elastic phrasing are beautifully accompanied by the innovative guitarist John Stowell. For more information visit earshot.org.

Is there a better way to enjoy music than in a cozy home setting with a small audience, delicious food and perhaps a glass of wine? This series is the brainchild of Nich Anderson, with input from a variety of people, bringing audiences to homes across greater Seattle, Camano Island and Bainbridge. Listeners enjoy concerts with jazz vocalists from across the globe in a quiet and intimate setting. Now in its 12th season, the series highlights both up-and-coming as well as established voices alike. The 2019 season launches on January 11-13 with Grammy nominee Kate McGarry, accompanied by guitarist/arranger/ producer Keith Ganz and the great multi-instrumentalist Gary Versace. The series continues on February 2-3 with soulful vocalist Brianna Thomas and bassist Andrés Rotmistrovsky. Chris Ayer, a genre-defying rising star, who has toured across the US and in Europe, inspires his audience on February 8-9 with his sharp pop sensibility and his strong heritage in the American singer-songwriter tradition. Kendra Shank, hailed by the New York Times as a “superbly skilled vocalist,” and Portland-based guitarist and local favorite John Stowell return on February 15 in a duo setting. The great Madeline Eastman, voted rising star by DownBeat critics poll for the 4th time and top female vocalist in the DownBeat readers’ poll, performs with Grammy nominated pianist Randy Porter on March 22-23. For a complete list of artists and locations, visit jazzvox.com. Be sure to reserve well in advance, as seating is limited.

Set at Winslow’s Waterfront Park Community Center on scenic Bainbridge Island, eight concerts promise listeners a sanctuary of sound. Held throughout the year with music spanning the realm of jazz and classical, concerts are presented in an intimate setting near the heart of downtown. The 2019 season begins January 6 with New York-based classical pianist Elizabeth Dorman. On February 10 the indelible pianist, Earshot Golden Ear Award winner, and 2016 Hall of Fame inductee Bill Anschell brings his Standards Trio to the island, with Northwest favorites Chris Symer on bass and D’Vonne Lewis on drums. Harpsichordist and organist Henry Lebedinsky and internationally acclaimed Scottish fiddler and violinist Brandon Vance showcase Scottish folk and baroque music on March 3. Italian jazz pianist, composer and educator Francesco Crosara takes the stage on April 7. Stephen Bryant, violinist with the Seattle Symphony, known for his passion and enthusiasm for music, plays chamber music on May 5. Janet See, one of today’s outstanding performers on baroque and classical flute, is joined by her music quartet on September 8. Fiery multi-instrumentalist Marina Albero returns with her jazz piano quartet on October 6. The 2019 series concludes on November 3 with cellist Meg Brennand and her quartet. For more information on ticketing and performance times, visit firstsundaysconcerts.org.

Bellingham’s Jazz Project was conceived in 1997 by drummer and community leader Jud Sherwood. He founded The Jazz Project with the goal to promote jazz from a player’s perspective, linking local performers, educators, and students with opportunities to listen and play jazz, with the support of local businesses and the City of Bellingham. Now in its 21st year, the 2019 season features over 150 events. The Art of Jazz series, held at Majestic Hall, BAAY Theater, Church House, and WWU Concert Hall commences on January 27, presenting Northwest jazz stalwarts, vibraphonist Susan Pascal, with Mark Ivester, Chuck Deardorf, and Dave Peterson. Check out guitarist John Stowell and vocalist Kendra Shank on February 24. On March 24 the Austin Piazzolla Tango Quintet lights up the stage with the music of the late Argentine composer Astor Piazzolla, followed on April 28 by the Miles Davis Tribute Band, with Kevin Woods on trumpet, Josh Cook on tenor sax, Roger Yamashita on bass, Bill Anschell on piano, and Jud Sherwood on drums. On May 26 the series forges ahead with the great Marina Albero Quartet. Highlights in the second half of the season are the Jud Sherwood Trio on September 30, the Bill Anschell Trio on October 27 and the Wayne Horvitz Ensemble, capping the series on November 17. The prolific Jazz Project also hosts The Summer Jazz Series on the second Sundays of June, July and August at the Samson Estate Winery, with the Jennifer Scott Quartet on June 9, the Bellingham Youth Jazz Band on July 14 and the Christopher Woitach Steel Trio on August 11, culminating with the Bellhaven Jazz Festival on Saturday, September 7. Series tickets range from $5-17, but are free with membership. The Jazz Project sponsors a number of additional jazz offerings, including the Jazz Jam Session at Illuminati Brewing every Thursday from 5:30-8pm For more information visit jazzproject.org.

Jazz in the City

Jazz in the City celebrates the vibrancy and longevity of jazz music in Seattle through an annual concert series emphasizing local artists. Sponsored by Ariel Media, a multimedia company servicing Seattle, Tacoma, and Everett, founded by Dr. James Gore (creator of the Jackson Street Music Program); Jazz in the City partners with the Frye Art Museum to present free, bi-monthly concerts. Beloved Seattle guitar stalwart, Michael Powers will perform on February 17. April 21, the acclaimed cross-genre percussionist and vocalist,Tor Dietrichson takes the stage. On June 16, the seven-time Golden Ear Award winner, Thomas Marriott, brings his innovative trumpet compositions to the series. Geoffrey Castle will present his pioneering six-string violin music on August 18. Later in the year on October 20, smooth jazz vocalist Barbie Anaka will grace the stage. Rounding out the year is the globally-influenced music of Duende Libre featuring Alex Chadsey on piano, Farko Dosumov on bass, and Jeff Busch on drums. For upcoming performances visit fryemuseum.org.

Now in its 17th season at Seattle First Baptist Church, Seattle Jazz Vespers is a secular concert series by professional jazz musicians for those who love jazz with an inspirational message. The concerts occur on the first Sunday of the month during October through June from 6-8pm and are free and open to the public. On January 6, alto saxophonist Brent Jensen, with Jamie Findlay on guitar, Chris Symer on bass, and Stefan Schatz on drums, will play a tribute to Paul Desmond in the first concert of the new year. For information on additional concerts in the coming months, visit seattlefirstbaptist.org.

The Piano Starts Here series, presented by KNKX at the Royal Room, highlights the work of some of the most talented and prolific pianists throughout history. To honor those famous artists, Seattle’s finest pianists will perform their works, while Alex Guibert will host the series. On January 16 the music of Gene Harris and Oscar Peterson will be performed by Scotty Bemis, Ryan Burns, and Jonas Myers. On March 20, Gonzalo Rubalcaba, Danilo Pérez, and Michel Camilo, three Latin American masters will be honored. The series extends through November. Visit theroyalroomseattle.com for more in – formation and tickets. –Marianne Gonterman

Did we miss something? We want to hear from you! Email editor@earshot.org with your favorite recurring jazz series.