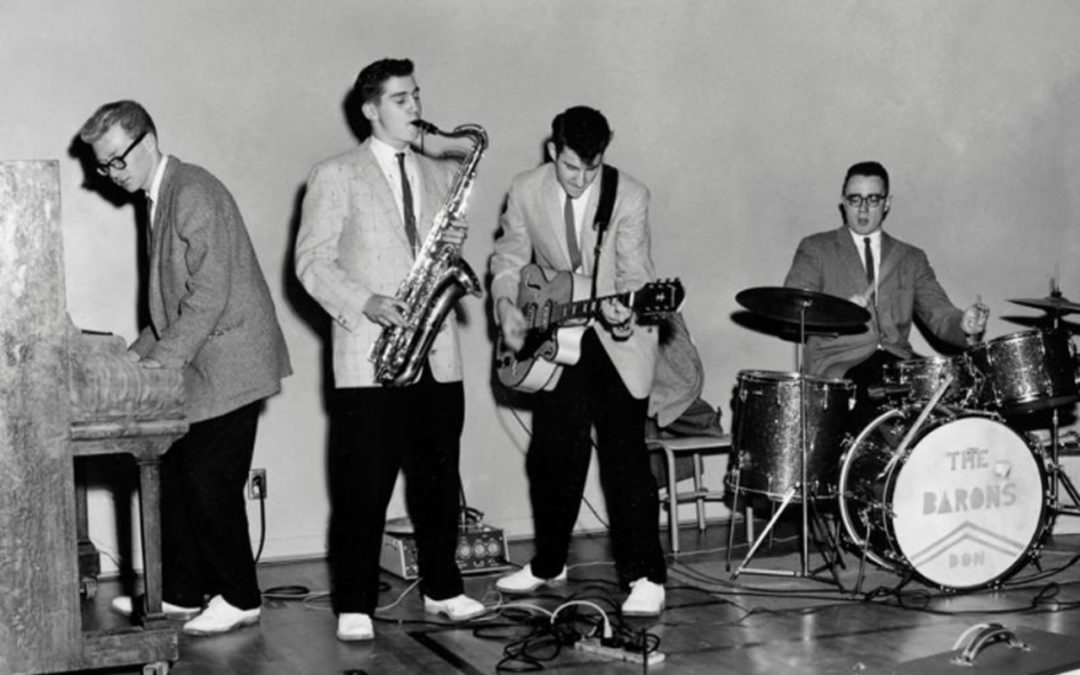 Throughout the year, Earshot Jazz is proud to share brief excerpts from the forthcoming book, After Jackson Street: Seattle Jazz in the Modern Era (History Press of Charleston, S.C.), by Seattle’s preeminent jazz writer, Paul de Barros. Picking up where Jackson Street After Hours (Sasquatch Books, 1993) left off, the new book will feature fascinating interviews with the familiar artists and under-sung heroes who shape the vibrant jazz scene of the Pacific Northwest. After Jackson Street is generously supported by a grant from 4Culture.

In the June “Roots” we heard from keyboard man Gene Argel, who said pianist Marius “Butch” Nordal changed his life when he introduced him to the blues. This month, we hear from Nordal himself, who talks about his own blues background. Born in 1942, Nordal went to Franklin High School and the University of Puget Sound, where he studied music by day and played jazz and rock by night. He also studied with Seattle keyboard master Jerome “Jerry” Gray and, later, in Toronto, with Oscar Peterson. Graduate degrees at North Texas State led Nordal to a successful career as a big band arranger, including still in-demand charts such as Liferaft Earth and Sun Catchers. A restless polymath, Nordal has taught at Cornish College and Highline College, written criticism for The Seattle Times and interviewed Keith Jarrett for JazzTimes, composed contemporary classical works, published popular keyboard method books and recorded three albums for Seattle’s Origin Records; Notoriety, Ways of The Hand, and Boomer Jazz. The following lightly edited excerpts about his early musical life are from an interview conducted in April, 2018, in the Seward Park home where Nordal grew up.

One day I was doing homework— it was 4 o’clock, 4:30, about March, I remember it was getting bright out—and I heard this thing by Chuck Miller called “House of Blue Lights.” I had never heard anything like it. I jumped off the bed and called (radio station) KJR—my mom was panicked, because I went tearing down the stairs, I was yelling and screaming, “What was that song?”—and I went downtown and found a recording of it. It was a fairly big hit. Boogie woogie. There was no rock and roll yet to compete with it. A year later, I made my debut with (drummer) Dean Hodges, when I was 13, at Aki Kurose Middle School. Dean and Butch. I played my Pete Johnson boogie woogie at the March talent show and we caused a mini riot. All the teachers were saying, “Quiet! Quiet!”

In 1957, I put a rock band together. We made big news because we were the fourth rock and roll band in the union. There were only the Frantics, the Playboys and Dave Lewis. It was called the Barons: drums, sax, guitar and piano. No bass. We played high school dances. Later, when I was at UPS, I played at the Birdland club (on Madison) with the Continentals. Don Stevenson (of the Frantics and, later, Moby Grape) was the personality/business guy/singer and I was the organizer/bass player. We played “Honky Tonk” “What’d I Say” and “I Got A Woman” and we did an instrumental called “Jivin’ Around,” by Ernie Freeman.

In the fall of 1962, a bunch of us went up to the Oscar Peterson school, in Toronto—(drummer) Joe Larson, (bassist) Steve Sanders and me. We’d met in high school my senior year. We had a trio and it was pretty good. Oscar would say  “Work up these harmonies,” or “Reharmonize this song.” One of the songs was “Someone To Watch Over Me,” a favorite of Art Tatum’s. I put a different, unrelated chord in every eighth note, every single one. Oscar’s eyebrows went way up to his hair and there’s a long silence and he says, “I’m impressed.” That’s when I realized I had a kind of creativity.

When I came home, I went back to working blues jobs. The summer of 1963, I was with Floyd Standifer and Woody Woodhouse at the Tiki Tavern, 23rd and Union. Floyd played tenor sax. I played B3. I was not quite 21 and I’d be around all these working-class black people. This wasn’t cool rock and roll, it was the music of the community. It was a folk music, you know. I think that’s what I liked. Blues never changed, ever. With blues, I feel very centered. Everything I do has some blues relation to it, you know?