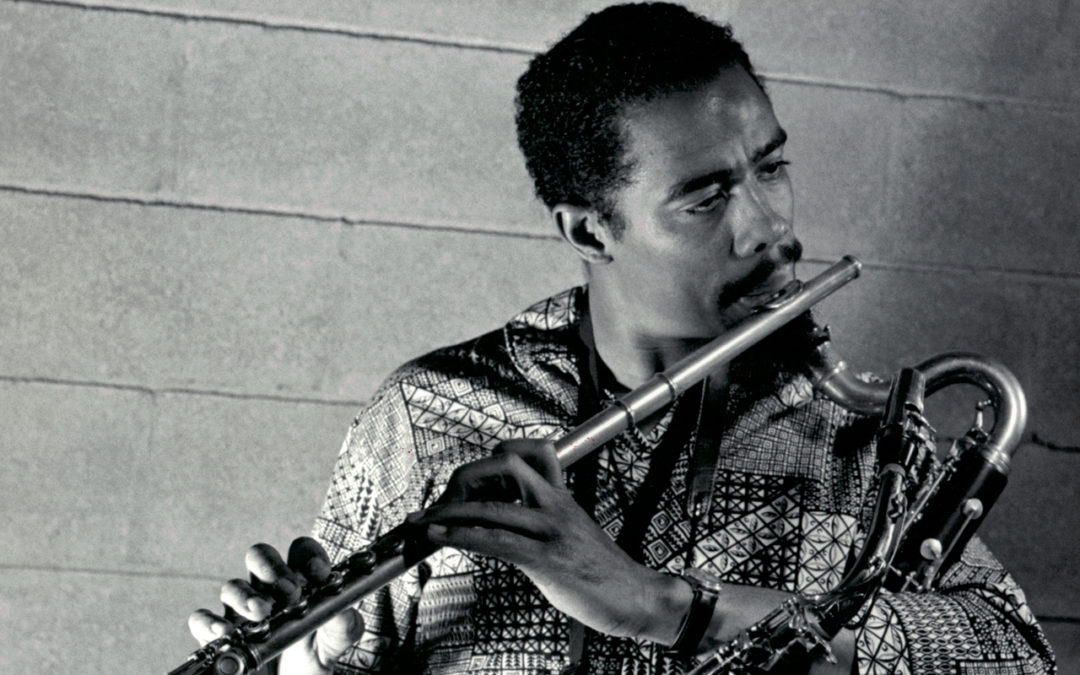 Throughout the year, Earshot Jazz is proud to share brief excerpts from the forthcoming book, After Jackson Street: Seattle Jazz in the Modern Era (History Press of Charleston, S.C.), by Seattle’s preeminent jazz writer, Paul de Barros. Picking up where Jackson Street After Hours (Sasquatch Books, 1993) left off, the new book will feature fascinating interviews with the familiar artists and under-sung heroes who shape the vibrant jazz scene of the Pacific Northwest.

The release of Eric Dolphy Musical Prophet: The Expanded 1963 New York Studio Sessions (Resonance), affords a timely opportunity to recall that this towering master of the reed family spent two years of his all-too-short life in the Northwest. Though Dolphy’s alto saxophone, flute and bass clarinet solos on classic albums such as Out to Lunch and John Coltrane’s Live! At the Village Vanguard would later stamp his name indelibly on the pages of jazz history, in the late ‘40s he was a struggling young musician in Los Angeles who decided to enlist in the Army. From 1950-52, Dolphy was stationed at Ft. Lewis, where he thankfully missed the Korean War but caught the attention of many regional players.

Fellow reed man Bill Ramsay, a regular on the Tacoma scene, recalled playing often with Dolphy at an after-hours joint called Ping’s Gardens, where one night during a raid they slipped out through the back window. Dolphy, who would later turn heads with his intervallic leaps, unusual note choices and phrases that doubled back on themselves, was already coloring outside the lines of be-bop, according to Ramsay.

“He was the first horn player I ever heard play ‘outside.’ And everybody would just kind of scratch their head and say, ‘What are you doing?’” Dolphy’s later-famous technical prowess was also on display. “The first time I heard Eric Dolphy play was at the NCO club at McChord Field,” recalled then-tenor sax man (now bassist) Gary Steele. “The tune was ‘Idaho.’ It had a funny bridge and you had to really know what you were doing to get through it. I walked in and you could hear horn cases slamming shut all over the room. You knew if there was a guy playing at that level, the best thing for you to do would be to just sit and listen.”

Steele and Dolphy both played in the clarinet section in the Tacoma Symphony. “He was a good legit clarinet layer,” said Steele. “We played one season, for sure, maybe two.”

When Dolphy’s Ft. Lewis hitch ended, he spent a few days living with
Ramsay to “decide what to do with his life,” eventually opting for the U.S. Naval School of Music, in Washington, D.C. By 1953, he was back in L.A., where a high-profile gig with Los Angeles drummer Chico Hamilton vaulted him to the international stage, in 1958. Six years later, he was dead, in Berlin, due to undiagnosed diabetes.

Dolphy’s penultimate studio engagement as a leader, in New York, on July 1 and July 3, 1963, yielded two albums: Conversations (1963) and Iron Man (1968). All that material is included in the new, 3 CD (or LP) set, plus nine previously unreleased tracks. The collection also features a newly-discovered version of the Bob James curiosity (yes, that Bob James) originally called “Jim Crow,” a long, race-conscious art song. But the highlights are Dolphy’s heart-stopping bass clarinet and flute duets with bassist Richard Davis (including two new tracks) and Dolphy’s roiling a cappella alto outings on “Love Me.” Large ensemble pleasures include bold solos by an 18-year-old Woody Shaw (his first on record) and a 22-year-old Bobby Hutcherson. Also of local interest is a brief solo by alto saxophonist Sonny Simmons, a regular for a while on the Olympia scene.

Dolphy may have returned to the Northwest in 1955, as the late Tacoma tenor saxophonist Chuck Stentz recalled playing with Dolphy around that time at a weekend jam. The details are sketchy. A forthcoming biography by British writer Brian Morton may help clear up that and other questions. Meanwhile, this bountiful release fills in a few more blanks in the remarkable Dolphy timeline.

← On The Radio Orrin Evans and the Captain Black Big Band →