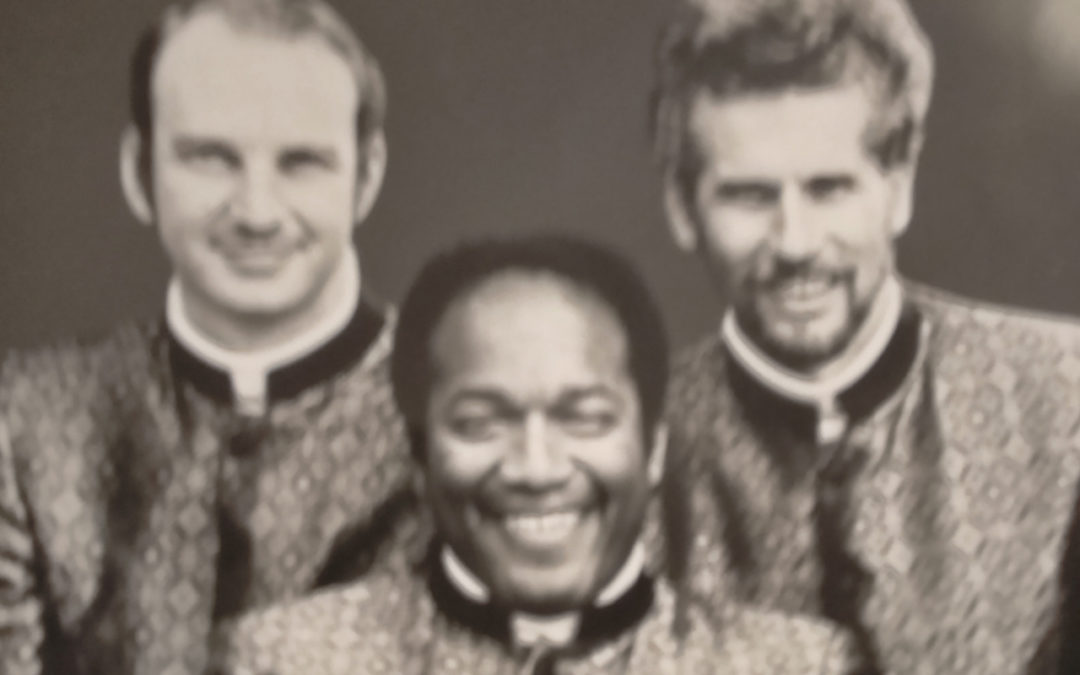 Throughout the year, Earshot Jazz is proud to be sharing brief excerpts from the forthcoming book, After Jackson Street: Seattle Jazz in the Modern Era, by Seattle’s preeminent jazz writer, Paul de Barros. Picking up where de Barros’ Jackson Street After Hours (Sasquatch Books, 1993) left off, the new book will be published by the History Press of Charleston, S.C., and will feature fascinating interviews with the familiar artists and under-sung heroes who shape the vibrant jazz scene of the Pacific Northwest.

Born in Olympia in 1933, Bill Kotick was one of Seattle’s go-to drummers in the ‘50s and ‘60s. He worked with Overton Berry at the Doubletree Inn, in Tukwila, for five years and earlier with the Seattle vocal group, The Signatures, at the fabled Lake City Tavern. Largely self-taught, Kotick played in the Jackie Souders band at the Seattle World’s Fair, at the Kennedy Center with Floyd Standifer, and was the drummer with Stan Getz on the fateful night in 1954 when the famous tenor saxophonist was arrested in Seattle for robbing a pharmacy. Kotick retired from music in 2001 and last year left Seattle for Georgia, where he lives with his son and daughter-in-law. Below is an excerpt from my interview with Kotick:

I bought my first drum set from Yenny Music, where (saxophonist) Chuck Stentz worked. He really was a prime mover in my musical career. I would come down and buy rhythm and blues records – Big Sam Price and Eddie “Cleanhead” Vinson – and he would say, “Well, hey, have you heard Stan Getz?” I enrolled at the University of Washington in 1951, and a couple of my older fraternity brothers bought the Lake City Tavern and I talked them into putting a trio in there – Buddy Catlett and (pianist) Paul Neves – then we hired (tenor saxophonist) Freddie Greenwell.

(Impresario and band leader) Norm Bobrow happened to know a jazz promoter in L.A. named Gene Norman who had booked a tour with Stan Getz, Wardell Gray and Zoot Sims. Norm offered his rhythm section for the tour. Larry Rockwell was a damn good bass player, and I could keep good time, but (pianist) Bob Alcivar wasn’t a jazz improviser. At the first concert, the guys turned to Bob and said, “I Got Rhythm” and Bob said, “I don’t know it.” So it was a struggle. In Portland, Stan had gotten hold of some heroin and I remember Zoot Sims, after we got on the bus, came back and said to Larry Rockwell, “You sit in front of him, and if he stops breathing, yell.” So that was my kind of depressing introduction to big time jazz. We got to Seattle and the drugstore robbery occurred, and the last thing in the world I wanted to do was to go to the Music Box Theater and play a concert. But we all showed up and tried to be noble and perform our very best. But our hearts weren’t in it.

In 1956, Jim Glover and I decided to go to New York. Jim had $75. I had $125. We heard about a local band leader named Hugo Pedell, who was looking for musicians to go work at the Elbow Beach Surf Club, in Bermuda. The piano player was Al Haig. He would always play a solo in the middle of the dinner set, a Chopin piece, and he played it very well, until one Saturday after he’d been there a month or so, he pushed his chair clear off the bandstand. There was a girl sitting below him and she kind of jumped and I remember Al Haig looked right at her said, “Boo!”

I came back to Seattle, in March of ‘61. I had never envisioned myself becoming a professional musician. So I called one of my fraternity brothers who was working for a bank out in Everett. (After the interview), the bank manager said, “Mr. Kotick we don’t think you’d be happy working in a branch bank in Everett.” They were absolutely right. And that was it. I said, I love music more than anything else, and that’s what I’m gonna do. And it worked out. –Paul de Barros