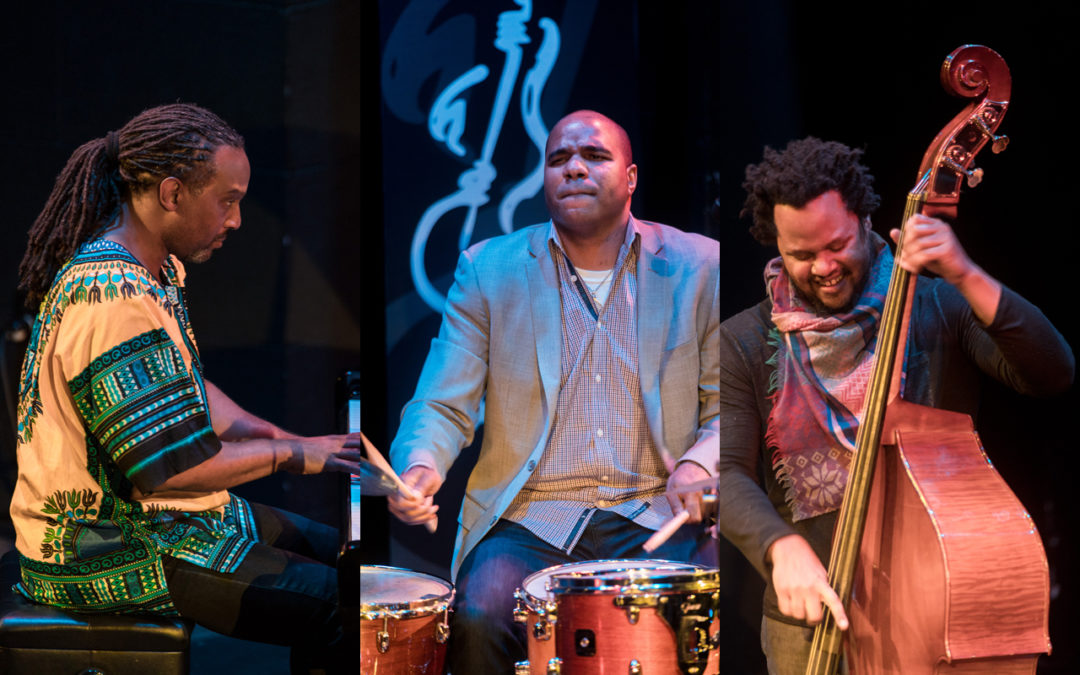 Jazz in the City takes a giant leap for­ward in presenting the inaugural Se­attle Jazz and Culture Festival 2020, with performances at the Triple Door and Frye Art Museum Auditorium. Produced by Dr. James Gore and Ariel Media, the festival will run from Feb­ruary 8th–March 1st, with the aim of celebrating the bilateral influence of jazz music on art and culture. The festival builds on the Jazz in the City free, bi-monthly performance series at the Frye Art Museum. The program­ming displays the global absorption of America’s quintessential art form, per­formed by both local and visiting jazz, and jazz-influenced artists.

Marsalis brings his time-tested quar­tet on the heels of their Grammy nominated 2019 release, The Secret Between the Shadow and the Soul. Pia­nist Joey Calderazzo, bassist Eric Re­vis and drummer Justin Faulkner have formed an intrinsic bond with the in­trepid saxophonist over time, making these Triple Door dates highlights on the 2020 jazz calendar in Seattle. The quartet will perform over four nights from February 20–22.

Seattle’s own Kassa Overall returns from New York on March 1 at the Triple Door to perform his music that lives on the cutting edge of post-bop modernism, and hip-hop. His Seattle appearance is in celebration of his just-released second full-length album I Think I’m Good. Since the release of his 2019 album, Go Get Ice Cream and Listen to Jazz, he has gained acclaim internationally for his genuine sound­ing amalgam of contemporary forms.

The dynamic duo of bassist Evan Flory-Barnes and drummer D’Vonne Lewis plus soul jazz singer/songwriter Darrius Willrich make Folks Project. They perform at the Triple Door on February 12 in celebration of their album Folks Project Live at the Triple Door. Willrich’s soulful approach brings an interesting dynamic to the trio, rounded out by Lewis and Flory-Barnes who are well-known as leaders in evolving cutting edge music in Se­attle.

The festival sheds light on, and cele­brates Seattle’s rich jazz history, which began with African American musi­cians at the turn of the twentieth cen­tury. Seattle’s first jazz musicians ar­rived in Vaudeville shows, in the mili­tary, or on tour with jazz giants such as Jelly Roll Morton. The culture evolved into the Jackson St. Jazz District in the 1920’s and 30’s which flourished dur­ing Prohibition.

While unions and union jobs for musicians were under the grasp of segregation, the clubs on Jackson St. provided sanctuary for musicians and music patrons alike. Many of the great African American musicians perform­ing for all white audiences downtown, would make their way to the hill, to jam long into the night in the base­ment clubs along Jackson St. The story of that musical and cultural explosion is told aptly by Paul de Barros in his book, Jackson Street After Hours: The Roots of Jazz in Seattle.

Pushing its programing to the next level, Jazz in the City’s Seattle Jazz and Culture Festival celebrates a legacy of an art form and culture unique and vi­tal to the history of our city and adds a new chapter to its continuum.