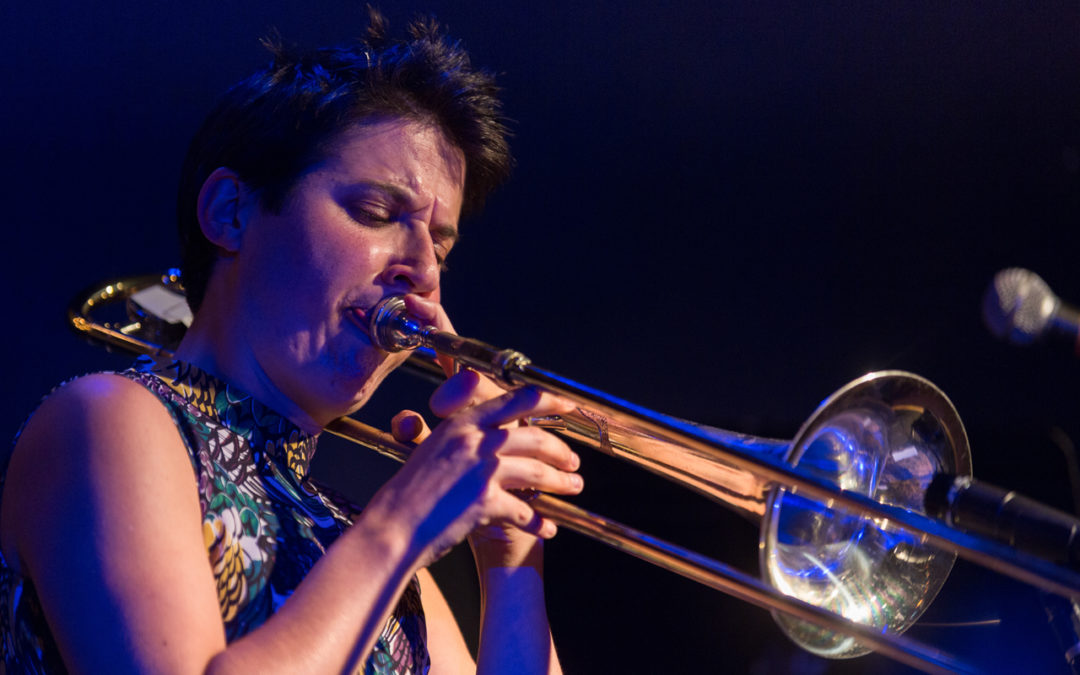 Playback launched in 2016 after the company Rabble provided a streaming platform for libraries to select and collect a local artist catalog.

Kreg Hasegawa, a visual reference librarian and current special project lead for Playback, and former music reviewer for The Stranger, has a deep passion for music, in particular jazz. Hasegawa recognizes that the Playback platform establishes a sense of “permanence” to a local musician’s profile.

“The fundamental importance to have these [album’s] in the library is when a musician gets in, they feel like a part of the official culture of Seattle.” In a world of algorithm-based streaming platforms such as Spotify, which curates a listener’s experience based on patterns, Playback offers a more open-ended interaction, built on exploration without expectation. It holds the sort of unpredictability that you feel when exploring a record store. Rolling through the more than 250 selections is a bit like flipping through records—each has the album art displayed, five to a row. The web platform displays thumbnails of artists and full albums. Library card holders can download music for free and the streaming service is available to anyone.

Listeners can search by genre, album titles, artists, and a “featured” section of playlists curated by jurors.

Artist Kelly O, Seattle Music Commissioner Charles Metcalf, and local DJ Chris Govella are among the 9-person jury. The panel holds two submission periods a year, accepting 50 musicians each cycle out of roughly 250 submissions. The jury, a mixture of library employees and local music industry professionals, also reaches out to bands it wishes to represent.

Playback aims to have equitable representation of the Seattle scene across genres, spanning from jazz to country to rock. “We try to pick people [for the jury] who can attract different parts of the music communities,” Hasegawa said.

Submission criteria is relatively simple: to submit, a band must be local to the Seattle area, have an album at least 10 minutes long that was produced within the last five years. The jury selects based on quality and representation, which fluctuates with each submissions period. Selected groups receive a $200 honorarium.

Hasegawa expressed that while the music scene in Seattle is alive and rocking bars and venues constantly; local groups don’t always get the same exposure as larger touring bands coming through town.

Playback’s following is growing slowly. In September alone, the service recorded 3,016 streams and 474 downloads. In the year, there have been 3,000 downloads and more than 20,000 streams. Some improvements are in the works to make it more accessible and thus used more. Hasegawa said the web streaming is difficult for mobile users, as they cannot perform other tasks while listening on a smartphone. To compete with larger music streaming platforms such as Spotify, a standalone Rabble app is in development.

Jazz Festival in October with an event at the Royal Room featuring Lori Goldston and Hound Dog Taylor’s Hand. Playback is eyeing participation in Northwest Folklife next year.

“Local musicians could use more live events that are part of larger showcases,” Hasegawa said. “Having [produced] something with Earshot makes it more of an occasion.” Featured jazz artists in the Playback catalogue include Noel Brass Jr., Naomi Moon Siegel, and EntreMundos Quarteto, among others.

The next submission period for bands begins between May and June of 2020. For more information about Playback, or to stream and download recordings, visit playback.spl.org.

← Notes Those Who Can Do, Teach: Cornish Presents First Faculty Jazz Concert. →