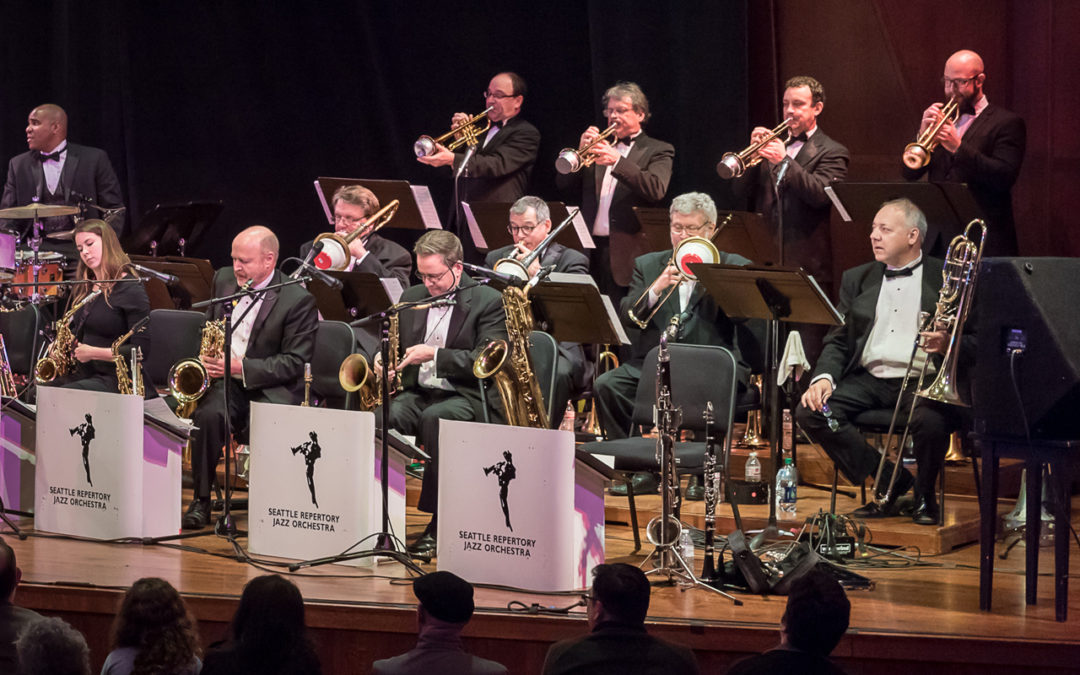 Presented in partnership with SRJO.

The orchestra honors the music by performing it as it was originally created with original instrumentation.

On these festival dates, guest vocalists Reggie Goings and Jacqueline Tabor join the SRJO in a special tribute to Ma Rainey, Ivie Anderson, and others.

Ma Rainey—“Mother of the Blues,” born Gertrude Pridgett—was one of the earliest African-American singers to sing blues professionally, and among the first generation of blues singers to record.

Ivie Anderson is known for her scat vocalizations and for the many years spent touring with Ellington’s band.

Soulful baritone vocalist Reggie Goings and sultry alto Jacqueline Tabor will surely honor the legacy of these legends before them. The program includes early hits by the Jimmie Lunceford Orchestra, including

“Uptown Blues,” “Harlem Shout,” and “Big John Special,” plus “The Stampede” by Fletcher Henderson, and work by Cab Calloway and Fats Waller.

Special guest speaker Jason Turner from the Northwest African American Museum will share insights about the history and personalities of this important period in the development of American culture.

The Seattle Repertory Jazz Orchestra includes a host of top players from the Seattle region, all dedicated to the organization’s mission of promoting appreciation of large ensemble jazz. Codirected by drummer Clarence Acox, a nationally recognized, recently retired director of bands at Seattle’s Garfield High School, and saxophonist/arranger Michael Brockman, a longtime faculty member at the University of Washington School of Music, the orchestra’s repertoire is drawn from the 100-year history of jazz, from turn-of the-20th century ragtime to turn-of the-21st century avant-garde.