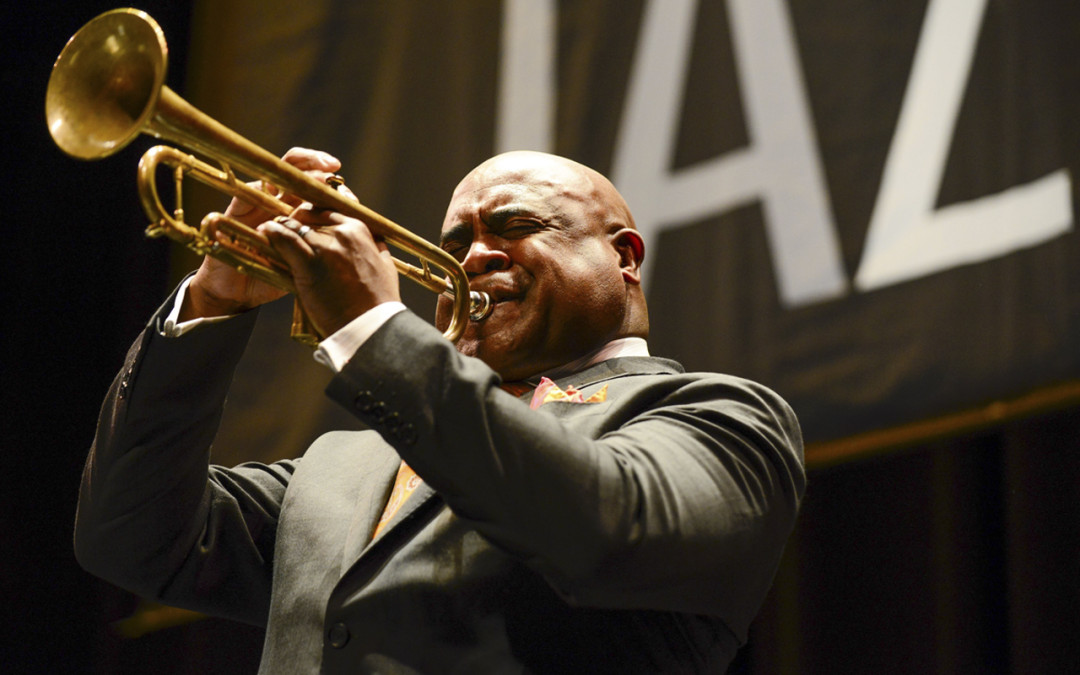 Terell Stafford, celebrated jazz trumpeter, will join the award-winning Seattle Repertory Jazz Orchestra (SRJO) in its February concerts. Stafford will lead the band and play as the featured soloist on a variety of his favorite pieces for jazz ensemble, including great works by Gil Evans, Freddie Hubbard, and Chick Corea.

A veteran of dozens of critically acclaimed recordings (including six as a leader), Stafford became nationally known during his many years touring and recording with Bobby Watson’s quintet “Horizon,” plus numerous performances with Herbie Mann, Shirley Scott, and Kenny Barron. Stafford has been hailed by piano legend McCoy Tyner as “one of the great players of our time, a fabulous trumpet player.” He has also performed and recorded with the Benny Golson Sextet, the McCoy Tyner Sextet, the Jimmy Heath Quintet and Big Band, the Carnegie Hall Jazz Band, and the Dizzy Gillespie All-Star Alumni Band. Concert selections include jazz standards “Blame It on My Youth,” “Candy,” and “I’ll Close My Eyes,” plus original works written by Stafford.

Single tickets are $48 for the concerts at Benaroya Hall and the Kirkland Performance Center, and $35 for the concerts at Edmonds Center for the Arts. Discounts are available on single-ticket sales to seniors, students, and groups. Most SRJO concerts sell out, so advance purchase is highly recommended. In a special effort to encourage attendance by young people at SRJO subscription series concerts, the SRJO offers tickets for all jazz fans ages 25 and under at $15 (for all seats in the house).

The ensemble is the recipient of numerous awards, including Golden Ear Awards from Earshot Jazz for “Best Acoustic Jazz Group” and “Concert of the Year,” and two “Starlight Awards” from the Kirkland Performance Center. Several members of the all-star group have been named to the Seattle Jazz Hall of Fame, with bassist Phil Sparks most recently inducted at the 2009 Golden Ear Awards. SRJO’s newest compact disc, Kansas City Suite, released in 2014 has met with both popular and critical acclaim, and will go into its second pressing during the coming months.