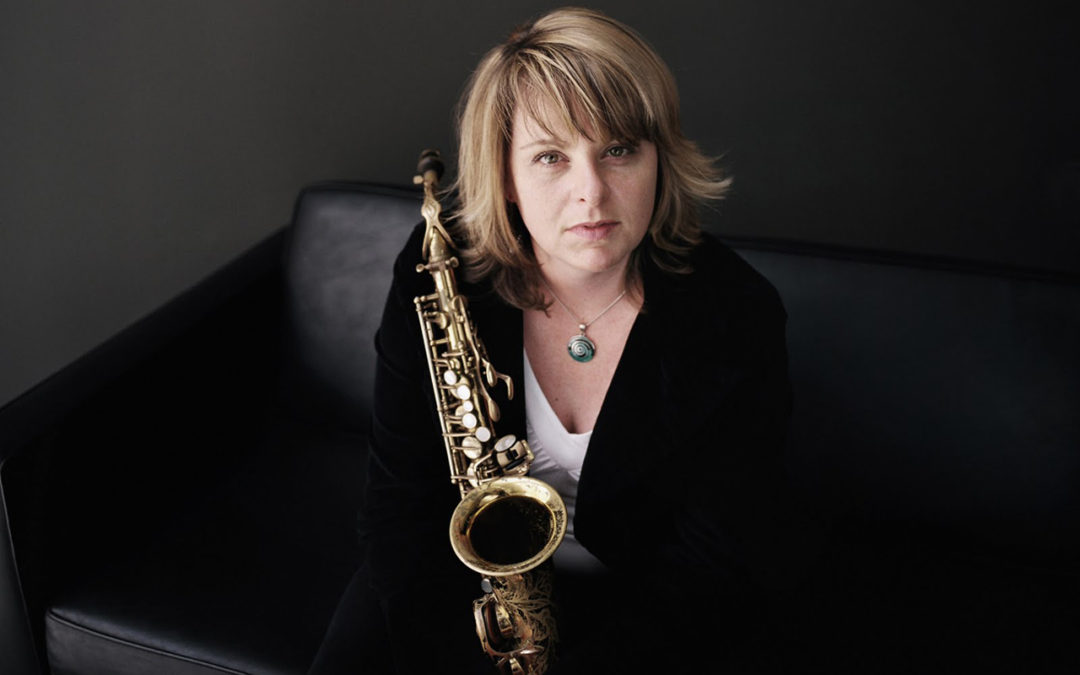 SWOJO received a National Endowment for the Arts grant to commission this new work for large jazz ensemble.

Montreal-based saxophonist and composer Christine Jensen has been described as “an original voice on the international jazz scene….one of Canada’s most compelling composers,” by Mark Miller of the Globe and Mail.

Jensen performs and records regularly with her sister Ingrid. They have toured all over the world from Seattle’s Jazz Alley to New York’s Museum of Modern Art, as well as Norway and Japan.

Jensen is equally at home performing in small and large ensemble settings. The Christine Jensen Jazz Orchestra received Juno awards for Contemporary Jazz Album of the Year for Habitat (2014) and Treelines (2011).

Noted for her ability to transfer the intimate sound of a quartet into larger ensembles, Jensen’s music has been performed by ensembles around the globe, including the Frankfurt Radio Big Band (Germany), the UMO Big Band (Finland), and the McGill Jazz Orchestra (Montreal). She was honored with an Opus Award for Jazz Concert of the Year in 2006, from the Quebec Council for the Arts, for leading the 18-member Christine Jensen Jazz Orchestra, with special guest Donny McCaslin.

Over the years, she has collaborated with a diverse array of musicians, including Geoffrey Keezer, Lenny Pickett, Brad Turner, Karl Jannuska, François Théberge, Gary Versace, and Steve Amirault.

This will be the first concert led by Jill Townsend, SWOJO’s new co-musical director. Townsend is a composer, bandleader, and music educator from Vancouver, BC.

SWOJO is an organization dedicated to nurturing the musical, educational, and artistic growth of individual musicians, to encouraging women to become involved in jazz performance and composition as a career or avocation, and to fostering community interest in and appreciation of jazz as an art form.

Tickets are on sale now at Brown Paper Tickets. More information at swojo.org.