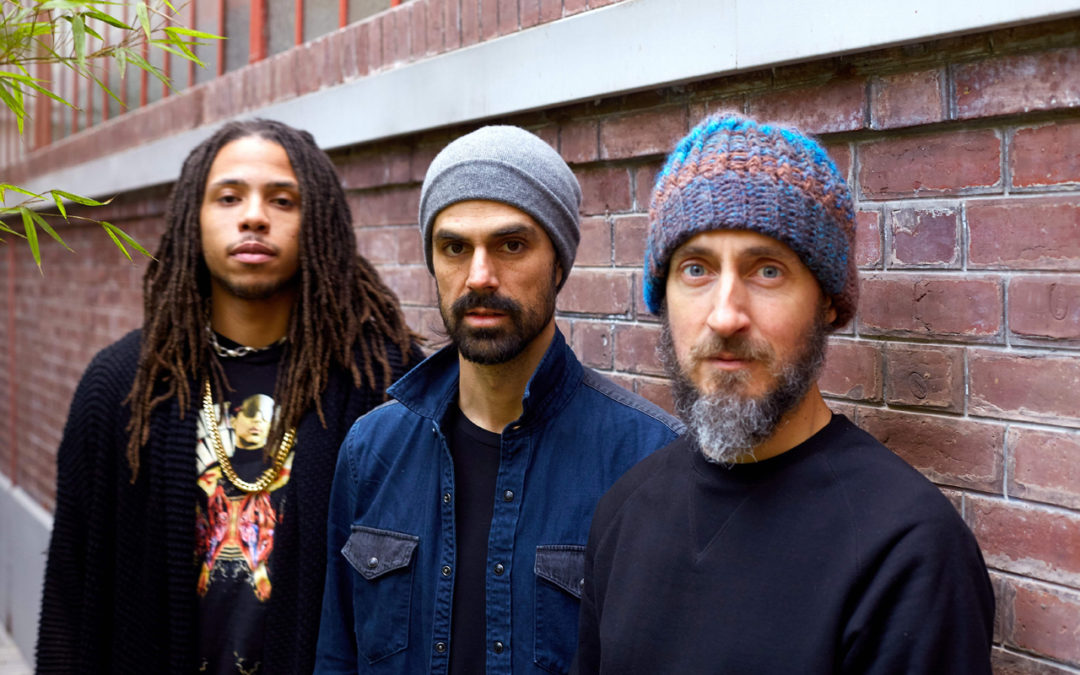 Thiefs is a mix of jazz, hip-hop, electronica, and spoken word that is “transcending the concept of idiom altogether” (JazzTimes). If you ask Thiefs co-leader Keith Witty, this is the essence of 21st century jazz.

“Jazz needs to have an element of freedom,” says Witty. “It should reflect culture.”

The transatlantic trio from Paris and New York released Graft last year, an album that the New York Times hails for its “startling mash of natural and synthetic, resonant and fractured” sounds. An evocative odyssey, its subject matter is so pertinent in this political moment: identity, dislocation, migration, and otherness.

“Graft is the idea of being augmented, stripped bare, transformed by cultural experiences, by places, by the movement of people,” says Witty. “It refers to the mixing of roots, sometimes violently, sometimes quietly and unremarkably.”

A native of New York City, Witty says it is this city of immigrants—a city of people of mixed heritage, where cultures merge—that he most identifies with.

Witty has lived in his same apartment in Harlem for 17 years. Currently, he lives with his French wife and their two young daughters. He says the change he has seen in Harlem is almost indescribable.

“Gentrification is a many-headed monster… I couldn’t live in the neighborhood I grew up in (Upper West Side), so I had to find somewhere I could afford, and I really loved Harlem from day one,” Witty tells The Checkout (WBGO Radio).

“To me, if you are going to ‘graft’ yourself into another community, a beautifier is what you have to be. You have to be there to be about that community.”

Witty self-identifies as a jazz bassist. While he holds a sincere appreciation for the greats of the straight-ahead craft preserving the jazz genre, Witty’s soul is pulled to form music that expands past the edges of what the genre
was to what it can be. In 2000, before graduating from Wesleyan University, he made his recording debut with the Anthony Braxton Quartet. He has performed with David S. Ware, Grammy nominated vocalist Amel Larrieux, the acclaimed East African vocalist Somi, and so many others.

Witty sings David’s praises: “We didn’t know what to expect when we signed up for David. David moves through a lot of different territories through the kit to electronics. He can really handle this chair and take [the music] to a place we weren’t really ready for. We are lucky to have him.”