Those Who Can Do, Teach: Cornish Presents First Faculty Jazz Concert. 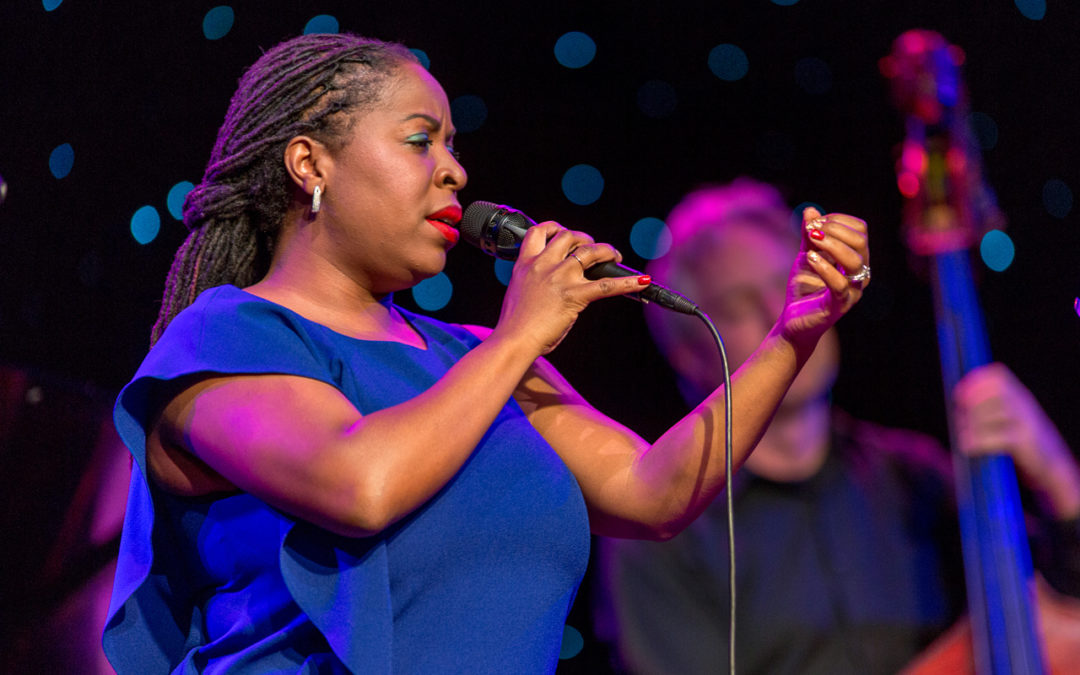 There’s something echoing in Poncho Concert Hall at Cornish College of the Arts that’s hard to put your finger on. It might be the school’s deep history in the city’s art scene, or maybe the sound of current students following in the legacy of John Cage, Merce Cunningham, Reggie Watts, and others. However, a likely cause could be the school’s outstanding jazz faculty; all leaders in Seattle’s musical community packing a city full of swing back into the classroom. Audiences can hear for themselves on November 15th, when the entire faculty bands together for a concert without compare.

“The fact that we can put together a whole concert with our faculty is a testimony to how diverse our faculty really is,” Chair of Music and featured clarinetist James Falzone said of the band, “It’s very much in the spirit of what Cornish has always been about, creating creative musicians. And the faculty is a model for that.” Falzone, a prodigious composer/improviser who took on his position in 2017, joins a band that features trumpeter Ray Larsen, known for his work in Chemical Clock, Tyrant Lizard, and The Sky is a Suitcase; and percussionist Greg Campbell, an expert in Ghanaian drumming and founding member of Gallery 1412. Other faculty band members include trombonist David Marriot, leader of Triskaidekaband and member of Seattle Repertory Jazz Orchestra; bassist Tim Carey, a touring musician and member of Jim Knapp orchestra; and vocalist Kelly Ash, a notable songwriter and New York University graduate. An All-Star faculty band will also include vocalist Johnaye Kendrick, pianist Jovino Santos Neto, bassist Chuck Deardorf, and New York-honed horn-player Tom Varner.

With this lineup, don’t expect a night of standards. As experienced composer/ arrangers themselves, the faculty will present original compositions and arrangements that reflect a world of music that could only have emerged from Cornish. This includes an arrangement of “Here,” the title track from Kendrick’s 2014 album, by Brazilian- American pianist Santos Neto.

“What happened was, I was performing at a jazz education and work conference with Jovino’s ensemble, and [he] wrote an arrangement of my piece,” says Kendrick, professor of music at Cornish, of the piece’s revival, “We haven’t performed it in years.” In regards to material for the All-Star band, Santos Neto, long-respected in the Seattle scene as a leader of multiple groups, has thrown his hat into the ring with some of his own compositions, and Deardorf, a venerated veteran whose latest solo album Perception was released this year, will contribute an arrangement of a piece by retired faculty member Jim Knapp.

Organizing these many musicians with such distinct backgrounds and experiences all on one stage, let alone all in one building, is generally no easy feat, but fostering creative collaboration is what Cornish stands for. According to Falzone, a continued series of faculty concerts is in the works, including one in spring for composers, and still others in the classical medium.

While it coincides with the art school’s open house for prospective students, the concert, according to Falzone, will be just as much a “who’s who of Seattle jazz.” For Kendrick, the chance to perform with her colleagues is a special opportunity. “I engage with these musical geniuses every day in the halls, teaching together, arguing in faculty meetings…I’m kidding,” Kendrick says, laughing. She admits that, apart from small ensembles during events like convocation, the faculty has not yet played as a single group, though there’s always been something between them: “We work together and have this wonderful rapport. We all have this special connection as a faculty…it’s really exciting, and we don’t get to [play together] very often.”