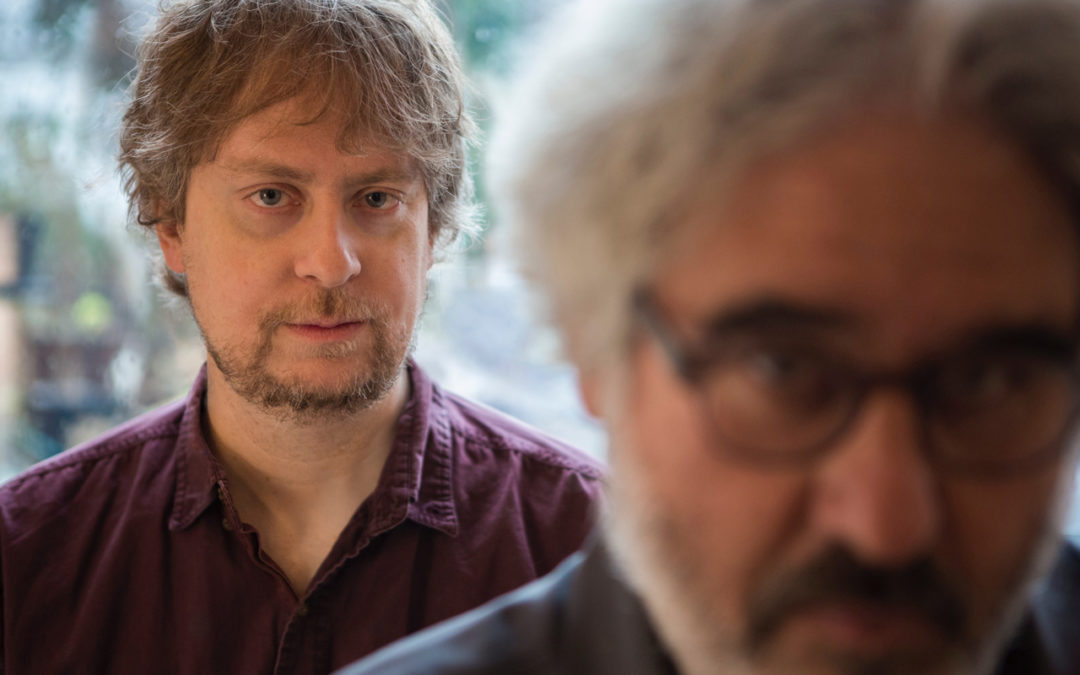 Both virtuoso instrumentalists, com­posers, and bandleaders in their own right, saxophonist Tim Berne and like-minded pianist Matt Mitchell have been collaborating for over a decade. As in the dynamic relationship be­tween Charles Mingus and drummer Dannie Richmond, their elective af­finities are nothing short of explosive. Listeners can catch them at work Feb­ruary 13th at the Royal Room.

“I’m a very blue-collar composer, not a white collar one,” Berne once said of himself. Taking to heart his early teacher Julius Hemphill’s impeccable tone, compositional fluency, and do-it-yourself ethic, Berne started his early career in New York’s downtown scene in the early eighties. The patient inten­sity of his playing prompted NPR to call him “a master of slow cooking,” whose long form improvisations ex­pand and contract “like a road novel, full of picaresque or elliptical episodes, with heroes who end up far from where they started.”

Now a respected leader in new mu­sic, he brings the harmonic and con­trapuntal force of his work in projects such as Sun of Goldfinger, a scalding trio with guitarist/producer David Torn and drummer Ches Smith, a member of Berne’s critically acclaimed group Snakeoil, which since 2012 has been recording on the esteemed ECM label.

Pianist Matt Mitchell, has shared Berne’s attention to detail and radi­cal commitment to musical ideas since the very beginning. A graduate of the Eastman School of Music, Mitchell has worked as a sideman for the likes of Rudresh Mahanthappa, Linda May Han Oh, and released four recordings as a leader on Pi records. The New York Times has praised him as a “pia­nist of burrowing focus and an indis­pensable fixture of the contemporary vanguard.”

Mitchell first came into contact with Berne in the late 90’s, contacting him for copies of his scores, yet it was only later, in 2009 when the two played together after which Berne promptly hired Mitchell. “My association with Tim is a very proud and rewarding one for me,” Mitchell has said, “one that seems to have no end in sight, fortunately.”

With their group Snakeoil, the pia­nist approached Berne’s ornate multi-part writing by adapting the full score to piano. Mitchell recorded a version of this improvised counterpoint on the 2017 solo release Førage, released on Berne’s own Screwgun records. Digging through the melodies that inspired him, Mitchell scrupulously came to his own interpretations. “The way Matt improvises on this record is the epitome of melodic/thematic im­provisation that I really like,” Berne said of the release, “No one could’ve gone into the same level of detail…”

In 2018, the duo released Angel Dusk, also on Screwgun. A sparse, uniquely lyrical exploration of their chemistry, the album documents Mitchell’s mas­terful mix of various voices and Berne’s quick shifts in texture, as well as their respective music’s mesmerizing unison passages. “He might even know it even better than I do at this point,” Berne has said of Mitchell’s interpretations. Perhaps because by this point, every­one knows the score.
–Ian Gwin