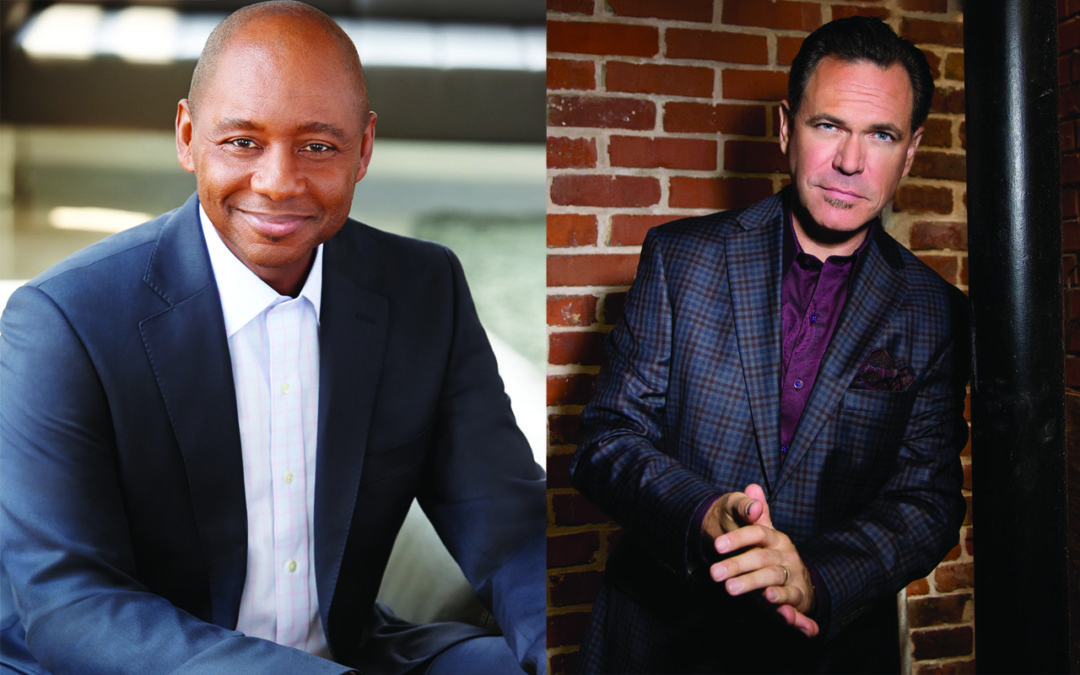 Branford Marsalis has stayed the course. From his early acclaim as a saxophonist bringing new energy and new audiences to the jazz art, he has refined and expanded his talents and his horizons as a musician, composer, bandleader and educator – a 21st Century mainstay of artistic excellence.

Grammy winner Kurt Elling is among the world’s foremost jazz vocalists. He has won every DownBeat Critics Poll for the last 14 years and has been named “Male Singer of the Year” by the Jazz Journalists Association on eight occasions.

It is no secret that the Branford Marsalis Quartet can be as freewheeling off the bandstand as in performance. Saxophonist Marsalis, pianist Joey Calderazzo, bassist Eric Revis, and drummer Justin Faulkner are each bold personalities with strong opinions, equally intense in both musical and verbal exchanges.

“The band talks about all kinds of things, many of which are unprintable,” Marsalis admits. “But we have serious musical debates as well.”

One of these conversations led to Upward Spiral, the new album with special guest Elling, released last June via OKeh Records.

“One topic we got into was picking the best singer to work with our band,” Marsalis recalls. “My candidate was Kurt Elling, because he has the most flexible voice around, is always in tune and is a true jazz musician. When I met Kurt two years ago at a Thelonious Monk Institute competition, we had a conversation at the bar about doing a record together.”

“I had bumped into Branford on the road a handful of times, and we always had significant conversations,” Elling adds. “So when he mentioned making a record, I said ‘any time.’”

What emerged is a collection that blends Songbook staples, jazz standards, and standards-to-be from a diverse array of composers.

The goal from the outset was to create a true partnership. “The goal here,” says Marsalis, “even though he sings lyrics, was to highlight Kurt’s voice as an instrument.”

Elling was more than prepared for the challenge. “I love singing with a hard-hitting band,” he confirms. “To be welcomed into the Quartet’s circle, which is all about new challenges and hard blowing, was very important to me. When I asked Branford what to bring about a week before the date, he said ‘Don’t worry, you’ve got the thing.’ So I brought ‘the thing.’”

–Ed., courtesy of the Triple Door