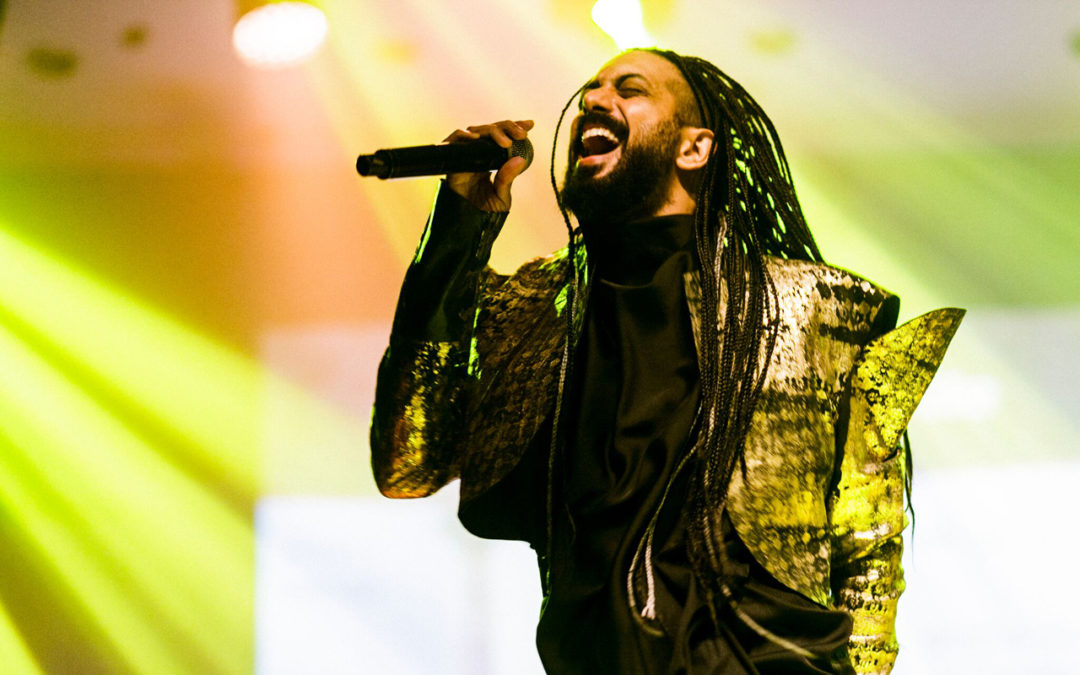 Presented by the Triple Door.

“Music shows us how to be a human being in this world,” says bassist Ravid Kahalani, aptly describing the universal mindset behind his globe-trotting big band, Yemen Blues.

First formed in 2010 with bassist Omer Avital in New York, Yemen Blues ignited audiences by incorporating mid-career Miles Davis’ sprawling multi- national vision, the locomotive hallelujahs of Duke Ellington, and the power of ancient Arabic and Hebrew song, all in a gumbo-beat of Yemenite and West African influences.

where he grew up in a traditional Yemenite family, learning synagogue chants, traditional Arabic music, and mastering the three-string bass, or gimbri. He was drawn to the musical diaspora of America in artists like Skip James, Blind Lemon Jefferson, and to the music of Morocco.

Kahlani’s lyrics can be heard in his language of origin, Yemenite Arabic, his mother tongue, Hebrew, as well as in Moroccan and French Creole. His newest compositions use words and images found in the Tehillim, the Hebrew-language psalms. Hallel is a Jewish Prayer recitation from Psalms 113–118, spoken by observant Jews on holy days as an act of praise and thanksgiving.

“It doesn’t matter where you come from, your language is my language,” Kahalani sings in the song “Um Min Al Yaman.” True missionaries of music, Yemen blues mixes praise, lament, and celebration in a multidimensional ritual held on the stage’s sacred gathering.