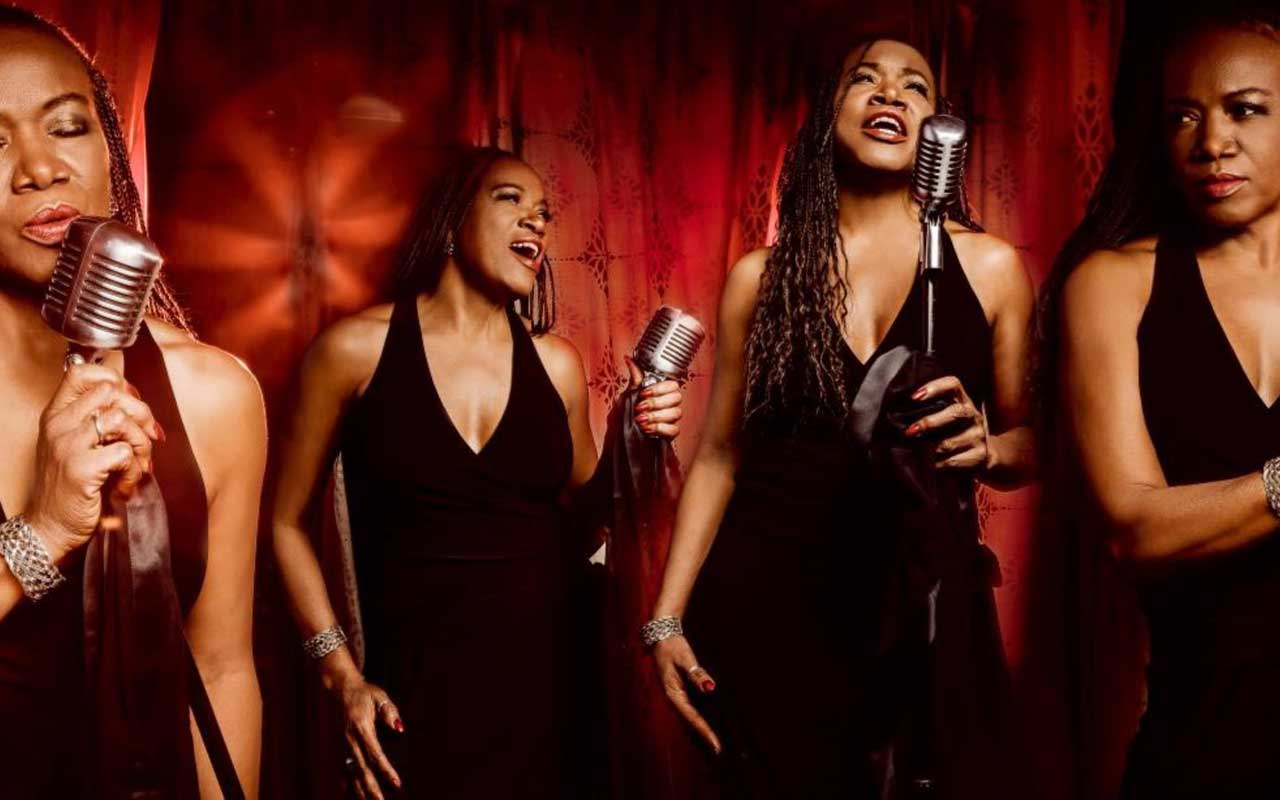 The engaging Seattle resident sings with locked-in emotional resonance, within and beyond standard jazz expectations, on originals and songs by the likes of Nina Simone. Eugenie Jones is an award-winning jazz artist who has been included in Jazz Week’s Top Fifty among other honors. DownBeat praised her album “Black Lace Blue Tears” as “an impressive debut recording” full of “upbeat readings and mercurial extemporizing.”

The story behind jazz vocalist Eugenie Jones begins in West Virginia, where her parents introduced her to jazz and soul. Her mother sang often in the church choir, and more memorably, around their home. With an MBA, and a career in marketing, Jones would have no notion of singing herself, much less professionally, until her mother’s passing from cancer. The memory of her mother’s voice gave Jones the courage to pursue music a bit later than some, with a creative spark that had been lit quite organically, and was not to be denied.

Jones’ music is pure, mainstream jazz, and inevitably draws comparisons to jazz greats such as Abbey Lincoln and Nina Simone. Perhaps as a Seattle artist, those comparisons should be made to the great Seattle songstress, Ernestine Anderson. When compared to Ella Fitzgerald and Sarah Vaughan in an article in Time Magazine in 1958, Anderson replied, ”I wish, they would let me be just me.” That adage expresses Jones almost perfectly.

What inevitably sets Jones apart from most jazz vocalists, is her talents as a songwriter and lyricist. She has filled her two albums with thoughtful, original compositions. Black Lace Blue Tears, was named NW Recording of the Year by Earshot Jazz in 2013, and received a 3.5 star rating by DownBeat. Her personal connection with her music carries with it a defined confidence. She was further honored by Earshot in 2015, by being named NW Vocalist of the Year.

Jones will be joined by a veteran cast of Seattle players. Pianist Jeremy Bacon moved to Seattle from New York City in late 2017, and made an immediate impact. Bassist Paul Gabrielson has made his mark in jazz internationally, and has performed with the best of the Seattle jazz scene, as well as the Seattle Symphony. Drummer Jamael Nance has roots in the jazz community dating back to performances with Hadley Caliman and Chuck Metcalf. Skilled soloists all, the trio is in a good place, with Jones having a reputation to “let the cats play.”

With roots that stretch back to Anderson and the Jackson St. scene of the 1940’s, Seattle’s tradition of great jazz singers has continued in current times, with Jones fitting securely in that timeline.

These are challenging times for artists, please give them your support: http://www.eugeniejones.com/