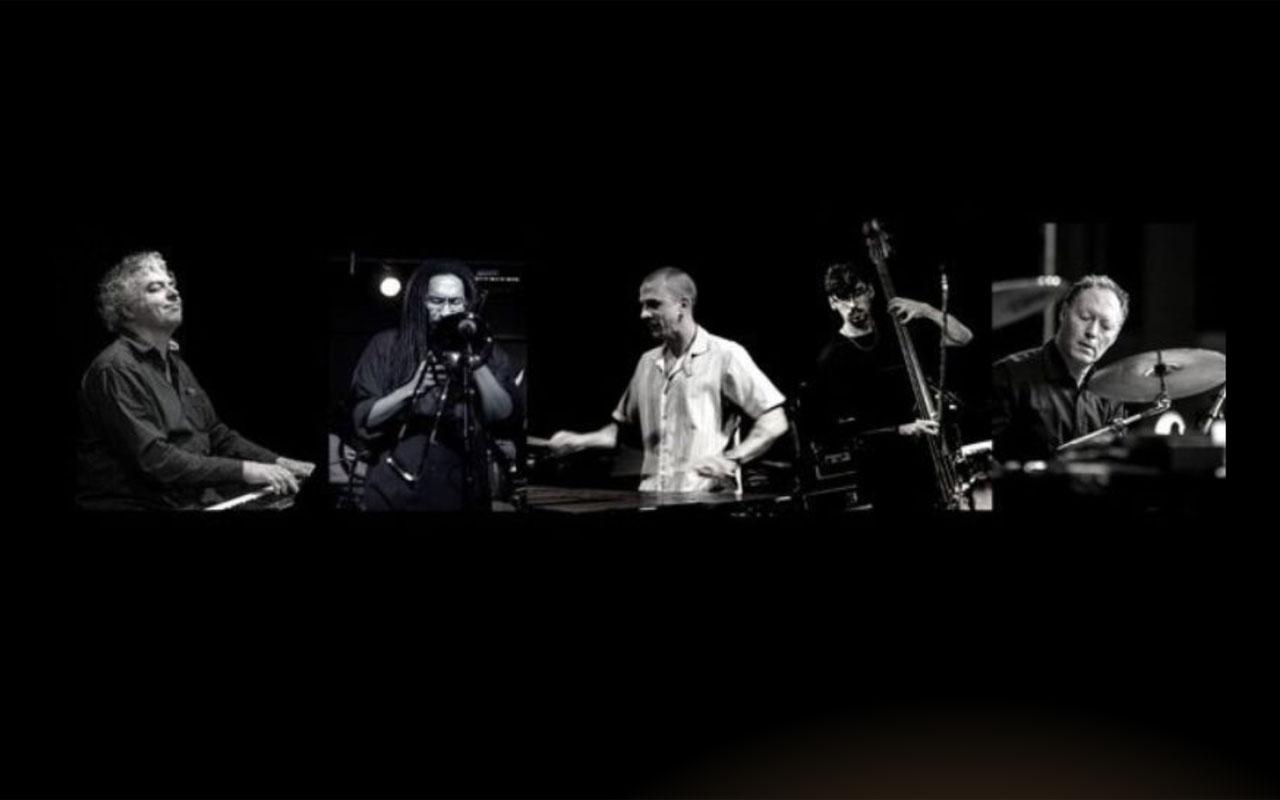 The Jovino Santos Neto Quinteto is  well known for locking in musical mastery and creating chemistry and palpable joy with each instrumental performance. Three-time Latin Grammy nominee Jovino Santos Neto, a master pianist, composer, and arranger, combines jazz and the stylings of his native Brazil with his all-star band: Mark Ivester on drums, Ben Thomas on vibraphone and bandoneon, Freddy Fuego on trombone and flute, and Alex Dyring on bass.

Jovino’s personal style is a creative blend of energetic grooves, deep harmonies, telepathic improvisation, lyrical melodies, and great ensemble playing— always inspired and informed by the colorful richness of Brazilian music. His compositions include samba, choro, baião, xote, forró, marcha and many more styles, rooted in centuries-old musical tradition while pointing to new and adventurous harmonic languages. Neto has taught at some of the most prestigious music schools in the world including Cornish, and he has been inducted into the Seattle Jazz Hall of Fame.

This concert is dedicated to the memory of Chuck Deardorf, a founding member of Jovino’s Quinteto, who recently passed away. Jovino composed a new suite, commissioned by Town Hall Seattle and dedicated to Chuck, which will have its world premiere at this performance.

Presented by Town Hall Seattle, in association with Seattle Sacred Music & Arts. This event is sponsored by The Boeing Company.