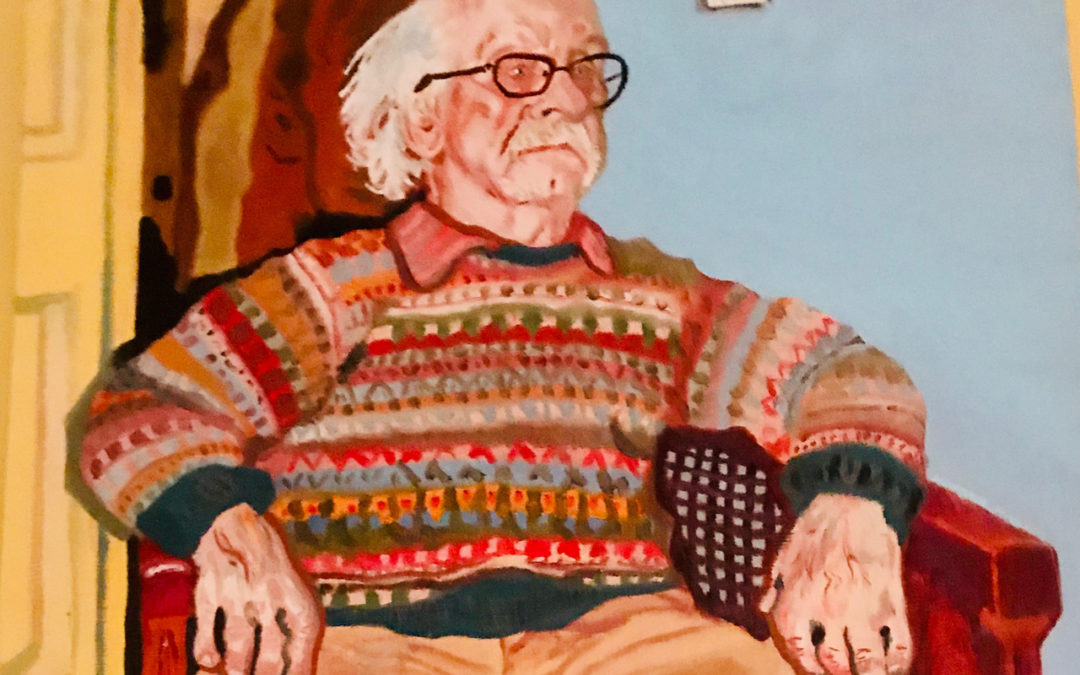 Seattle trumpet player Walt Tianen, who died January 4 at the age of 91, enjoyed a long and lively career that took him across several continents as well as through many of the high points of Seattle jazz history. That included the late-‘40s Jackson Street scene; the inaugural, 1955 band at Norm Bobrow’s downtown jazz club, the Colony; ‘60s jam sessions at Chuck and Joni Metcalf’s storied Madrona redoubt; stints as a professional classical musician in the 1950s; and graduate work with the fabled founder of the University of Washington’s ethnomusicology division, Robert Garfias.

“He was delightful,” remembered pianist/vocalist Joni Metcalf, whose late husband, Chuck, was one of Tianen’s closest friends. “Very sweet, with a good sense of humor and a good friend.”

Born in 1928 into a family of Finnish immigrants on Michigan’s Upper Peninsula, Tianen bounced around several states before graduating from high school in Walla Walla, in 1946. A year in the Air Force was followed by a period in Seattle when he met Quincy Jones and Ray Charles. Tianen also recalled seeing a very young Ernestine Anderson being coaxed onto the stage at the Washington Social Club, at 23rd Ave. and E. Madison St. In 1959, Tianen earned a B.A. in music at the University of Washington. Fellow trumpet player Marv Thomas, who would later buy Parnell’s jazz club, recalled working with Tianen in Gordon Greene’s big band at the Spanish Castle, in Tacoma. Thomas was studying pharmacy at the time, and recalled mixing Squirt with grain alcohol lifted from the chem lab and sharing it on the bandstand with Tianen and trombonist Dick Thorlakson.

“We were happy campers!” recalled Thomas.

In the late ‘50s and early ‘60s Tianen could be found working variously with the Northwest Jazz Workshop and the UW Wind Sinfonietta. In 1962, he held down a chair in the house big band at the Seattle World’s Fair, which also included Chuck Metcalf and trombonist Dave Tuttle. In the ‘60s, Tianen and his first wife lived two doors down from the Metcalfs in a huge Tudor house that Tianen at one point shared with members of the Black Panthers.

“Those were the good old days,” recalled Joni. “The booze and food would be at one place, the jam session at the other. Walt and Carol and several other couples had a dinner club every other month and they would cook this fantastic dinner with different wine with every course.”

After getting his music degree, Tianen taught in Mercer Island and Seattle schools, then returned to UW, where in 1971 he got a masters in ethnomusicology, writing his thesis on 10th century Korean court music. He also worked with Garfias on a film about the great blues player, Son House. Tianen’s love of world music was reflected in the international approach he took with Metcalf on an impressive tome, The Chromatic Universe: A Handbook of Tonal Relationships for Composers and Improvisers, which Metcalf later published.

An inveterate world traveler, Tianen spent three years in Kenya developing a school music curriculum, after which he taught at the American school in Vientiane, Laos, joining Garfias for a music festival in nearby Myanmar. In 1976, he met his future wife Mrs. Workinesh Tianen while teaching in Addis Ababa, Ethiopia. They married the following year and went to Ka – bul, Afghanistan. When Clark Terry came through on a State Department tour, they met him at the ambassador’s home.

“Clark showed him some pointers on the trumpet,” recalled Mrs. Tianen. “We stayed there until 1979, then we came back here and in 1980 he got a job for Exxon teaching in Libya. We traveled to India and all over South – east Asia. Sometimes they’d send him to Hong Kong to buy instruments.”

When the couple finally returned to Seattle in 1981, Tianen spent the rest of his career teaching in the Seattle Public Schools.

“He just really loved people,” said Mrs. Tianen, “and people kind of reciprocated. Everybody said he was a good man.” Tianen is survived by his wife; sons Deino and Enno and daughter Maija; and numerous nieces and nephews. A memorial celebration of Tianen’s life will be held from 2-6 p.m. February 29 at the Eritrean Community Center, 1954 S. Massachusetts Street, in Seattle. Jay Thomas is organizing music for the celebration.