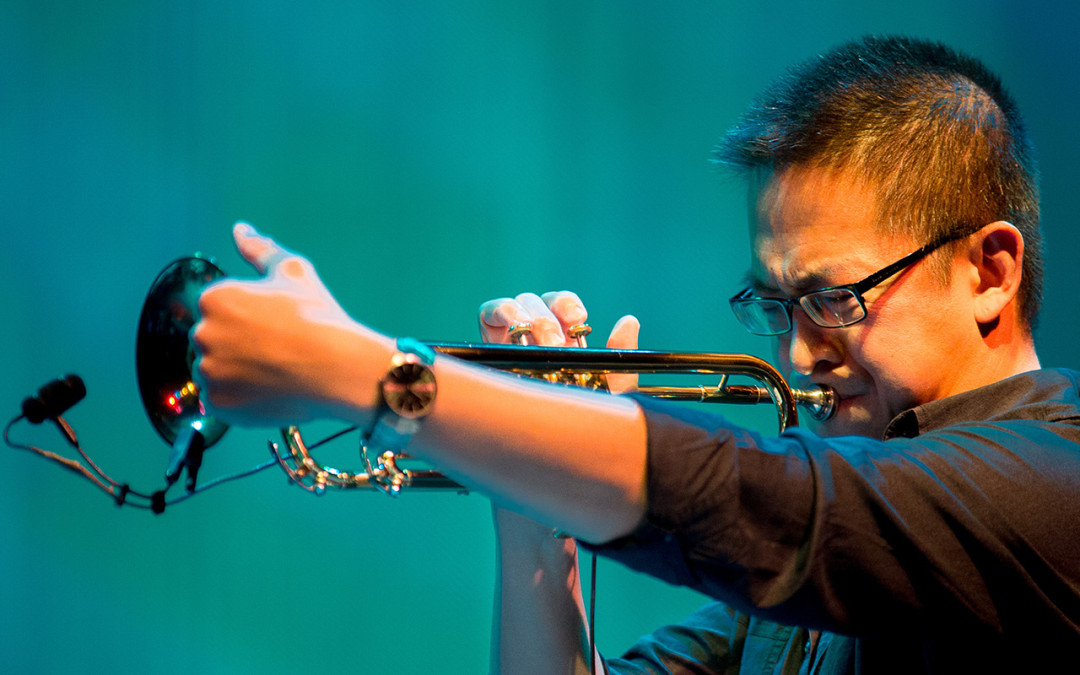 The improvising collective Indigo Mist returns to the stage March 18–21 for a series of four consecutive concerts, free of charge, recording a follow up to their remarkable 2014 release, That The Days Go By And Never Come Again (RareNoiseRecords).

Initially crossing paths at the University of Washington where they both teach, the group’s architects—composer Richard Karpen and trumpeter Cuong Vu—found like musical minds in one another. As Vu describes it, his quick friendship and improvisational bond with Karpen furthered principles of composition he’d explored during his mentorship under the late clarinetist and saxophonist Joe Maneri.

“I was figuring out how to make my playing—how I hear, my sense of melody and the fact that I’m essentially coming out of the jazz tradition—work with someone who loves jazz (as much as I love classical music) but is himself, coming out of the European classical art music tradition,” Vu describes, “And I don’t mean “work” as in just collaging two things together that sounds okay to good, but actually making organically holistic and original music that is informed by as much of our experiences as we can.” The two were able to turn their explorations of auditory perception and experience into a larger project when drummer Ted Poor, a regular member of Chris Thile and Andrew Bird’s bands, joined them while visiting the UW from New York as a guest artist for the UW’s Improvised Music Festival. After the group received a grant from the Royalty Research fund, Poor (who had already worked with Vu in their trio with bassist Stomu Takeishi) was granted a three-week long residency in Seattle, culminating in the first Indigo Mist album.

It was Dxarts director Juan Pampin who later took the helm of the project’s formidable electronic set up, which included 4 iPad players running live electronics for each musician on four separate computers, after a performance in Colorado Springs. Along with bassist Luke Bergman (whose role will be filled in by 15-time Grammy award winner, and bassist/producer Steve Rodby) the group has since been playing weekly for at least two years, and can even be spotted talking shop at their regular lunches at Shultzy’s Bar on University Avenue.

As material for a new record, the four live concerts in March will be recorded and revised for a concert at Meany Hall (April 10th), and recorded again with the assistance of saxophone master George Garzone, to ensure the clear communication of the group’s musical conception.

Vu hopes, “that as many people as possible will come out to help keep us on our toes so that we can make the best record that we can.”

Though JazzTimes described the group’s recorded tributes to jazz royalty Billy Strayhorn and Duke Ellington as “indiscernible,” the group’s daring reflections on these artist’s legacy have fallen elegantly in line with the latter’s principle that, in music, “there is no boundary line.” For Vu, Indigo Mist represents a vital, ongoing collectivity which remains part and parcel with his relentless work practicing, listening, and thinking about music, both on and off the horn.

No cover. To guarantee a good seat, please make your dinner reservation at theroyalroomseattle.com.