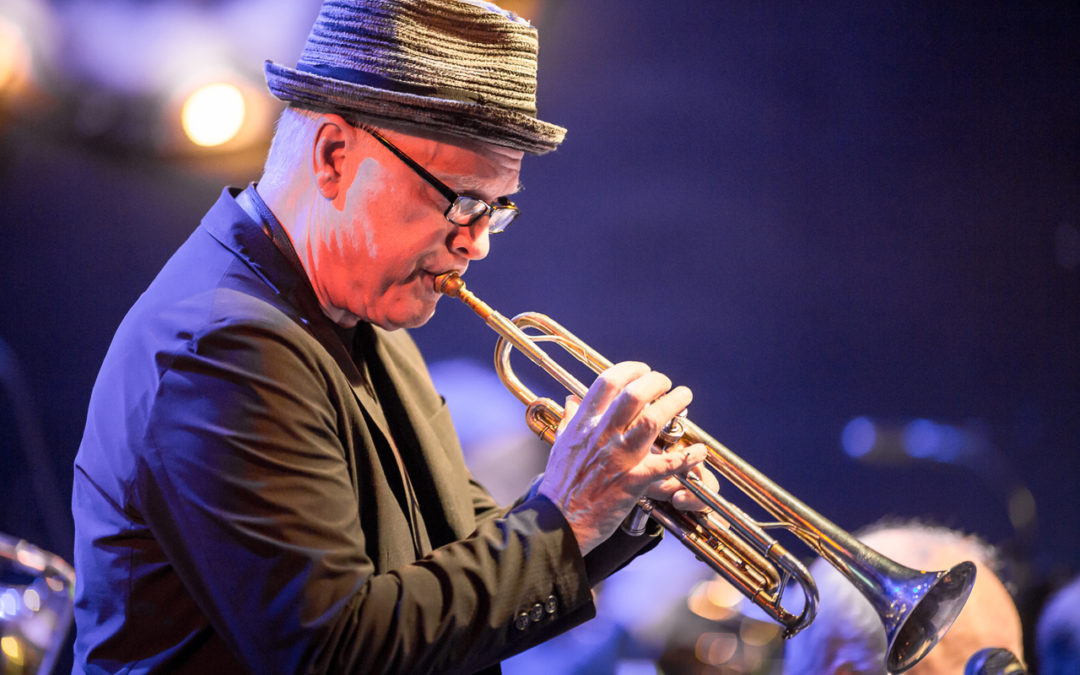 Jay Thomas has established himself as a genuine Seattle jazz legend, a leg­acy built on a half century of musical accomplishment. He now has official stature as a hero, being the recipient of a 2020 Jazz Hero Award from the Jazz Journalists Association. Thomas is be­ing recognized not only for his contri­butions as a musician, but as an educa­tor and architect of a musical bridge between Seattle and Nagoya, Japan. Past local recipients have included Matt Jorgensen, John Bishop, Jim Wilke, Julian Priester, Mack Waldron, Wayne Horvitz, and Karen Caropepe and John Gilbreath of Earshot Jazz, respectively.

Thomas provides a crucial link be­tween Seattle’s fertile jazz scene of the 1960’s and its future as a mentor to younger generations. He passes on knowledge gained from his years of paying dues with the likes of Machito, James Moody, Cedar Walton, George Cables, and Gary Smulyan.

One of the rarest of birds, Thomas has overcome the demands of embou­chure and mastered both the trumpet and saxophone. Add flute into the mix, and Thomas’ set up on stage will include up to six instruments. As an educator, his versatility has enabled him to reach out to a broader spec­trum of Seattle area jazz students. Most importantly, his private students receive mentorship in the oral tradi­tion, emphasizing ear training. In a time when jazz education largely takes place in the conservatory, Thomas of­fers an approach steeped in fifty years of living the jazz life. It provides a per­fect counterbalance to what a student may receive in academia, giving them the freedom to apply concepts in a per­sonalized setting.

Thomas has frequently traveled to Ja­pan to perform since his chance meet­ing with tenor saxophonist Yasuhiro Kohama in Japan in 1997. While “looking for a good flute” in Nagoya, he stepped into a music store in Na­goya, and left with a long-term friend­ship and musical relationship. Thomas has invited Japanese musicians to per­form in Seattle, including sensational young pianist, Yuki Hirate. This bridge built on jazz music came to fruition in the fall of 2019, when he was hon­ored as the Artist in Residence of the 2019 Earshot Jazz Festival. Thomas performed with Kohama, Hirate and friends, and was interviewed in depth by Paul de Barros. The interview gave Thomas a microphone and an audi­ence to share his stories and insights derived from a career that now spans six decades.

Thomas released a career defining al­bum in 2018 in partnership with com­poser/arranger Oliver Groenewald. I Always Knew (Origin, 2018) features Thomas’ lush, melodic soloing, sup­ported by Groenewald’s 10 piece “Newnet.” The album allowed jazz fans around the world to learn what we in Seattle have always known— that Mr. Thomas is a remarkable mu­sician, and a jazz hero to generations of Seattle jazz students and fans alike.