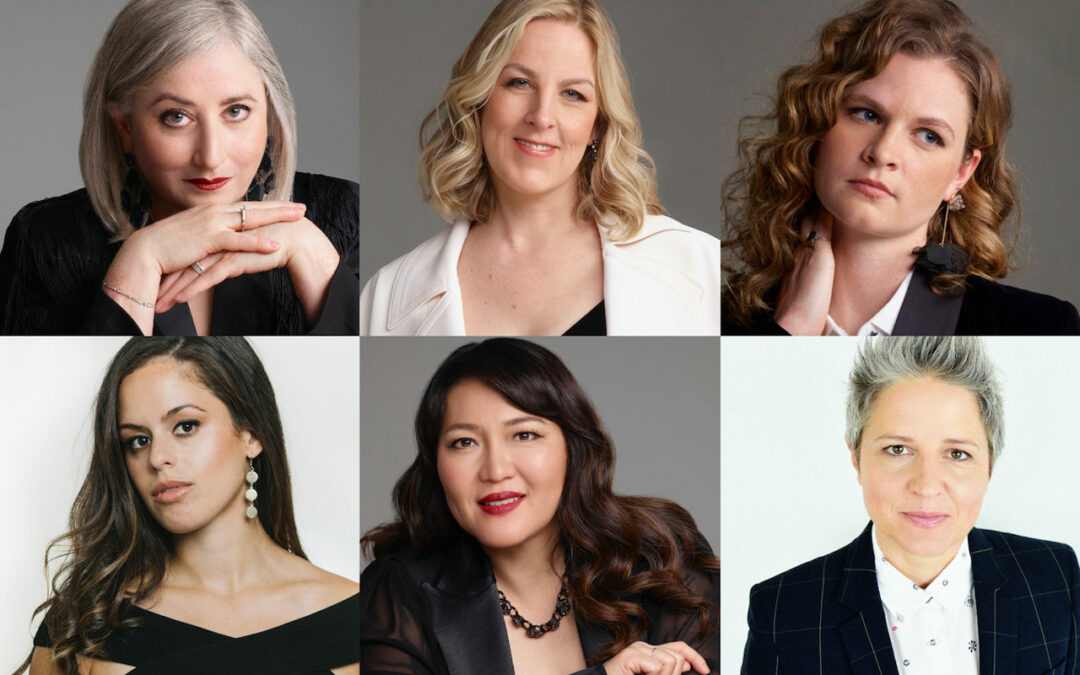 Rosnes initially brought the band together to perform for a European festival in the summer of 2017. From this experience, what had started from a place of mutual respect and desire to play with one another soon revealed an undeniable chemistry and a curiosity to explore the possibilities of this powerhouse collective. Thus, ARTEMIS was born.

Taking their name and spirit from the Greek goddess of the hunt, ARTEMIS embodies strength, exploration, leadership, and a force that is both fierce and playful. Each member of the multi-generational, multi-national group offers a distinct musical personality, which makes for impressive versatility on the stage. Rosnes’ musical direction and cunning compositions bring forth spellbinding performances from the group. No stranger to the Earshot lineup, drummer Allison Miller drives ARTEMIS with propulsive energy, ever-searching yet steady as a taut arrow in a bow. Bassist Noriko Ueda’s step-like rhythm calls to mind Artemis’ lesser-known love of dance, while trumpeter Ingrid Jensen brings a shadow-shrouded quality to compositions, conjuring images of the goddess’ moon-lit forest domain.

Joining the collective as the youngest member for this Earshot performance is New York City-based saxophonist Alexa Tarantino. In 2019, JazzTimes Critics’ Poll named her one of the “Top 5 Alto Saxophonists of 2019,” and she received a nomination for “Rising Star” from DownBeat in both 2020 and 2021. Seattle audiences won’t want to miss the opportunity to hear this rising star play alongside another young talent, the precocious Portland-born, NYC-based tenor saxophonist Nicole Glover.

ARTEMIS has been known to stun crowds with their show of creative force and delight-of-the-hunt flow. Upon seeing them ignite the 2018 Newport Jazz Festival, Blue Note Records President Don Was said of the collective: “Although each individual member of this supergroup is a bona fide jazz titan, these incredible musicians dwell in the rarefied air of bands whose whole is greater than the sum of its already sublime parts. Their musical conversation is sophisticated, soulful and powerful, and their groove runs deep.”

In 2020, ARTEMIS released their self-titled debut on Blue Note Records. The signing of ARTEMIS to Blue Note signals a refreshing new direction for the label, which has tended to represent solo artists, band-leaders, and the occasional small ensemble—all overwhelmingly male—throughout its 83-year history. ARTEMIS disrupts this legacy by bringing together elite musicians—all women, all leaders in their own right—to offer a powerful vision of possibility.

“ARTEMIS is a group of extraordinary women whose combined energies and skills cannot be stifled into the label of an all-star band, as every time we meet to play, our conversations both on and off-stage lead to fluidly inspired magical musical events,” asserts Jensen.

Expect a magical evening of modern jazz at its finest from some of the top leaders of the scene all on one stage.Tickets at earshot.org.