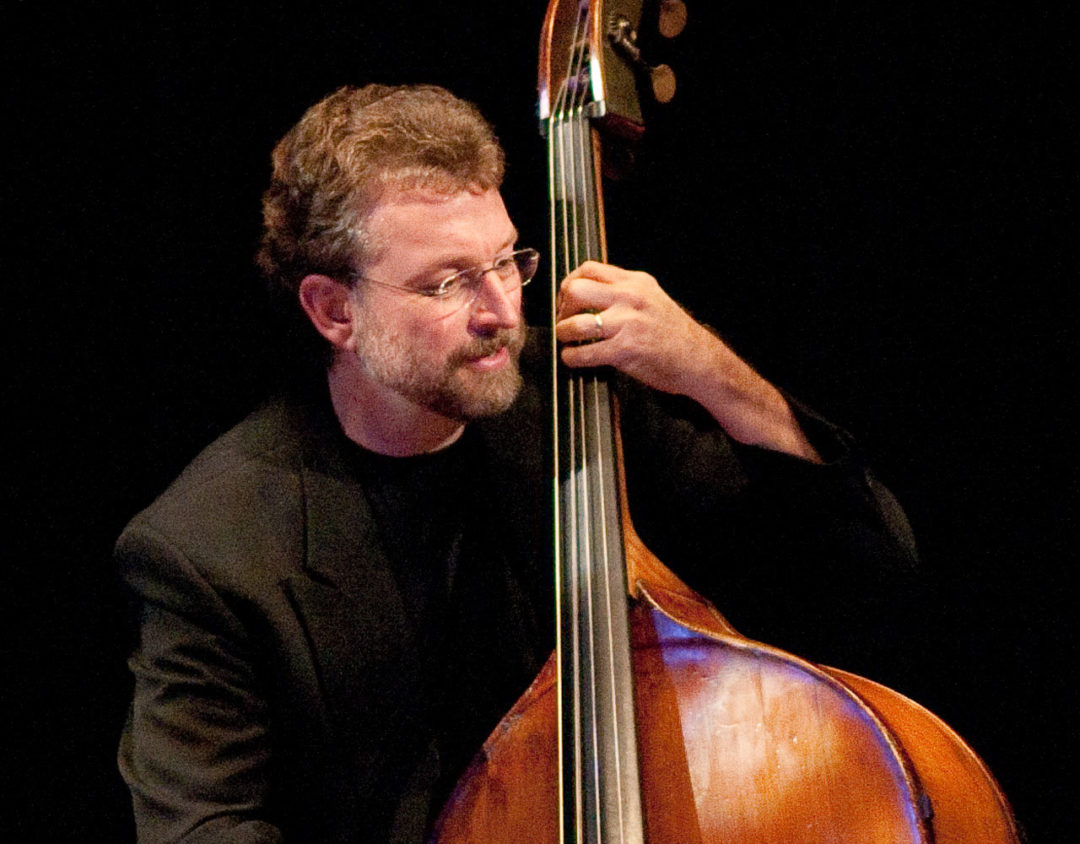 The Seattle jazz community suffered a huge loss on October 9, 2022, with the passing of musician and mentor Chuck Deardorf. As the city’s first call bassist, emeritus professor at Cornish College of the Arts, and mentor to three generations of aspiring Seattle jazz musicians, Mr. Deardorf’s impact was iconic and undeniable. He is survived by his wife, the highly regarded jazz singer, Kelly Harland; his son, William George “Will” Deardorf; his sister, Barbara Deardorf Benson and brother Ray Deardorf.

Born April 3, 1954 in Dayton, Ohio, Deardorf moved to the state of Washington with his parents as a high school student, attending Central Kitsap High School. He played trombone from his early years through high school and began playing electric bass at the age of 15. As a student at Evergreen State College in Olympia, he discovered the double bass and jazz music. He evolved into a master of the double bass and applied that mastery to the fretless electric bass, giving him the skill set to cover many different styles of music. He was largely self-taught.

Deardorf regarded his early days playing clubs in the late seventies through the eighties as his “graduate school.” At Parnell’s in Pioneer Square, he began playing in a band with pianist/organist Barney McClure and saxophonist Denny Goodhew that backed up jazz masters Eddie “Cleanhead” Vinson, Monty Alexander, Chet Baker, and Zoot Sims among others. At the original site of Jazz Alley on University Way, he was paired with such luminaries as Kenny Burrell, Mose Allison, Kenny Barron, and George Cables.

His education on the bandstand became a profound influence on his approach to education when he began teaching at Cornish College of the Arts in 1979, ascending to full professor and director of jazz studies. In an art form that increasingly is influenced by institutions of higher learning, Deardorf offered the grounding wisdom of his experience playing with artists of the highest caliber. His level of instrumental mastery and the ability to impart that knowledge to his students, set the bar high for musicians on the scene in Seattle from those early days to current times. He represented the best of what Seattle jazz has to offer, in terms of his musical prowess, his humanity, and sense of community.

Deardorf released three albums as a leader, his most recent release being Perception (Origin, 2019). He appeared as a sideman on dozens of recordings, joining such masters as Bud Shank, Larry Coryell, Jovino Santos Neto, Don Lanphere, Hadley Caliman, and his wife Kelly Harland. His association with Santos Neto extended to a long history of live performances in clubs and at festivals with his Quinteto. Beginning in 2017, he performed with the Gratitude Trio, featuring long-time colleagues Dawn Clement on piano and Matt Wilson on drums.

While professional and family obligations kept him from continually touring and recording globally, Deardorf was highly regarded on an international scale as a musician, composer, educator, and advisor due to his personal integrity, immense virtuosity on his chosen instrument, and unique ability to inspire the best from his collaborators. Santos Neto shared with Earshot memories of his friend and artistic collaborator:

His sense of humor was unique. He could be sharp, acerbic, blunt, sweet and caring, all within the scope of one short conversation. I have always felt him as an extension of my left hand as a pianist. His harmonic and rhythmic dexterity inspired me to write bass lines that I thought were easy, until I heard other bassists trying to play them.

His wisdom and guidance was experienced both on the bandstand and off. Drummer and Origin Records principal John Bishop was one of the many beneficiaries of his friendship and musical presence. He remarks, “It only hit me recently that Chuck had been fully serving as the big brother I never had over the last 40 years. Propping me up at the right time and gleefully slapping me down at others, but always there since we first played notes together in ‘81.

Dawn Clement both attended and taught at Cornish, meeting Mr. Deardorf at the age of seventeen. Upon graduation, she began teaching alongside him, as well as embarked on her own career as a performer. “He was steadfast almost to the point of not noticing. He always sounded so wonderful, he has been so good for so long. Chuck and Julian [Priester] had me in their bands and heard my voice as something unique and authentic. That meant a lot to me and was liberating to me,” she recalls fondly.

Deardorf’s guiding hand was felt by students of three generations. He took great pride in students he was able to mentor early on in their respective musical journeys. Bassist Grace Kaste, a 2022 graduate of Roosevelt High School and a Deardorf student since middle school, was his most recent star pupil. “Every time I became frustrated or competitive with my playing, he would remind me that jazz is a gift that is so much bigger than myself, ‘’ she reminisces. “He’s the reason I have music in my life, but beyond jazz he also taught me what it means to give back to one’s community.”

Bassist Ben Feldman is a recent graduate of the Manhattan School of Music and a rising presence in modern jazz. As a thirteen-year-old, Deardorf’s playing inspired him to choose the bass. The mentorship cycle began at that point and continues today. “When I was thirteen, I heard Chuck’s recording of The Peacocks. To this day, it’s some of the most beautiful bass playing I’ve ever heard. He, in my opinion, exemplified what a great mentor should be,” he offers with great respect.

Chuck Deardorf was elected to the Seattle Jazz Hall of Fame in 2010. No memorial plans have been announced as of this writing.