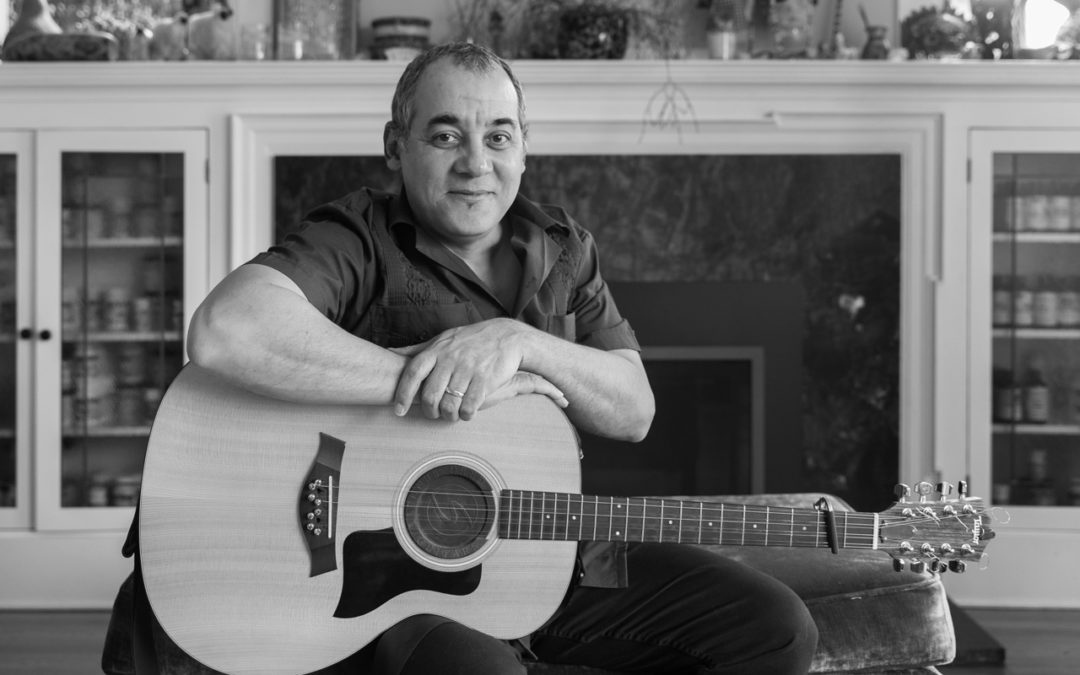 Son Cubano, the tradi­tional music and dance from the hill country of eastern Cuba may well be but a distant tributary to the jazz tradition that came to life in New Orleans. Yet the unmistakable Son clave rhythm that accompanied Afro-Cuban sounds to ar­rive through that delta port is a significant ingredient in the diverse gumbo of influ­ences that convened to cre­ate the blues and jazz tradi­tion.

The ethnomusicologi­cal pathway that feeds this contribution requires some in-depth recognition. In Se­attle, we are very fortunate to have a direct taproot into that tradition, in a musician that performs well within the Son tra­dition, while at the same time, express­ing it in modern terms.

Kiki Valera is a master of the Cu­ban cuatro, an eight-string instrument with four courses of double strings. He is the eldest son of the cross gen­erational septet, La Familia Valera Miranda, whose history dates back to the 19th century. The story of how he gained acquaintance with jazz music, and came to be a resident of Seattle is quite remarkable. Known as one of the true masters of the Cuban cuatro, his sound has been echoing through venues in the city for nearly seven years now, and has manifested itself in a brilliant new album, Vivencias en Clave Cubana (Origin, 2019).

Seattle would seem an odd landing place—a remote outpost at best—to attract musical talent that could oth­erwise be based in New York or Los Angeles. Valera’s connection to Seattle was formed when a local group of Northwest musicians, which includes Seattle-based pianist Ann Reynolds, began traveling to Cuba to study Son with La Familia Valera Miranda. The only non-musician making these visits to the island was Wallingford resident Naomi Bierman, a veterinarian by trade.

“I was living in Cuba with my family and Naomi was a regular visitor to my hometown. We used to see each other in my venues, but just from far away. One day she came into my home. We started to talk because she was leading a group from Seattle that were recently in Santiago de Cuba, and she was like a tour guide or something,” recalls Valera.

Indeed, Bierman was along for the ride for other reasons besides Son mu­sic and dance. It didn’t take long for her and Valera to form a deep friend­ship based on trust.

“I would be the only person who went to Cuba, not for music or dance. But I’d be going, and then all the friends from here would pile on. They would all study with Kiki’s family. So, we were friends, but they were all study­ing with him,” says Bierman.

In a time when most Cubans were enduring a severe recession and living on $25 a month, Valera had earned decent money abroad playing music, receiving checks he could not cash in Cuba. He had stashed them under his mattress, amounting to tens of thousands of dollars. Valera solicited Bierman’s assistance: a helping hand that would require a high degree of trust between friends only recently ac­quainted.

“The royalty checks were from repu­table sources, like Lloyds of London. But they were old, and hadn’t been cashed. The only scary part was they needed a hard copy of the check. So I did have to fax them the hard copies. If they were lost, that would have been it, but there was this karma thing,” she recalls.

That sense of trust, and the relation­ship that ensued would lead to their marriage and Valera’s arrival in Seat­tle. It has become a place to focus on his art, to deepen his journey into its traditional roots, while following the natural life currents of musical evolu­tion.

Valera’s eagerness to learn about mu­sic outside of Cuba is quite a story in itself. At a time when American popu­lar music was forbidden from Cuban airwaves, Valera endeavored to access broadcasts out of Jamaica on hand made radio sets he cobbled together out of random parts such as old televi­sion tubes. The location of Santiago de Cuba, his hometown, enabled access to these transmissions. He then became exposed to jazz, and the voices of art­ists such as Chick Corea, Wes Mont­gomery, and Pat Metheny became part of his personal musical narrative.

“I was intrigued,” he remembers. “The way they play, the way they im­provise. I was curious, I had to learn. I had to understand what they were do­ing, because it was beautiful, like wor­ship or something. And we started to listen. Figures like Chick Corea were my first experiences with that kind of music.”

Valera’s soloing on cuatro is ardently attached to Son tradition. His per­sonal, identifiable striations within the form embolden a centuries old heritage, while daringly expressing his lifelong artistic curiosities. His inno­vative approach to Son is much like a jazz artist playing free, yet still refer­encing the blues and swinging hard. The innovation is within the form, not through disassembling and recreating it.

“I was born in Cuba and in Cuba you breathe Son. That is something that is in my DNA. I cannot play Son music, trying to, or pretending that I’m play­ing jazz. The roots are in me in a way where I don’t have to think. It comes out naturally. This is my mind, my in­tuition. I try to keep the balance in be­tween those worlds, the roots of a song and the richness of the jazz world,” he says.

The complete tapestry of Valera’s life in music is ever present on Vivencias en Clave Cubana, a project completed with lifelong friend, vocalist/composer Coco Freeman. The two met at age eleven through music, and again in adulthood in Havana. This collabora­tion began long distance, eventually resulting in two studio sessions in Se­attle.

Unlike many recordings of Son mu­sic one might chance upon that are virtually repertory performances of traditional tunes, this album features all originals by Freeman and Valera. Traditional in form and elegantly per­formed, the album, released on the Se­attle-based Origin label, has the means to introduce Valera’s riveting style to a broad based international audience.

Valera celebrates his new album with a performance at the Royal Room, on December 13. He also performs regularly around town with Tumbao, and Mambo Cadillac.