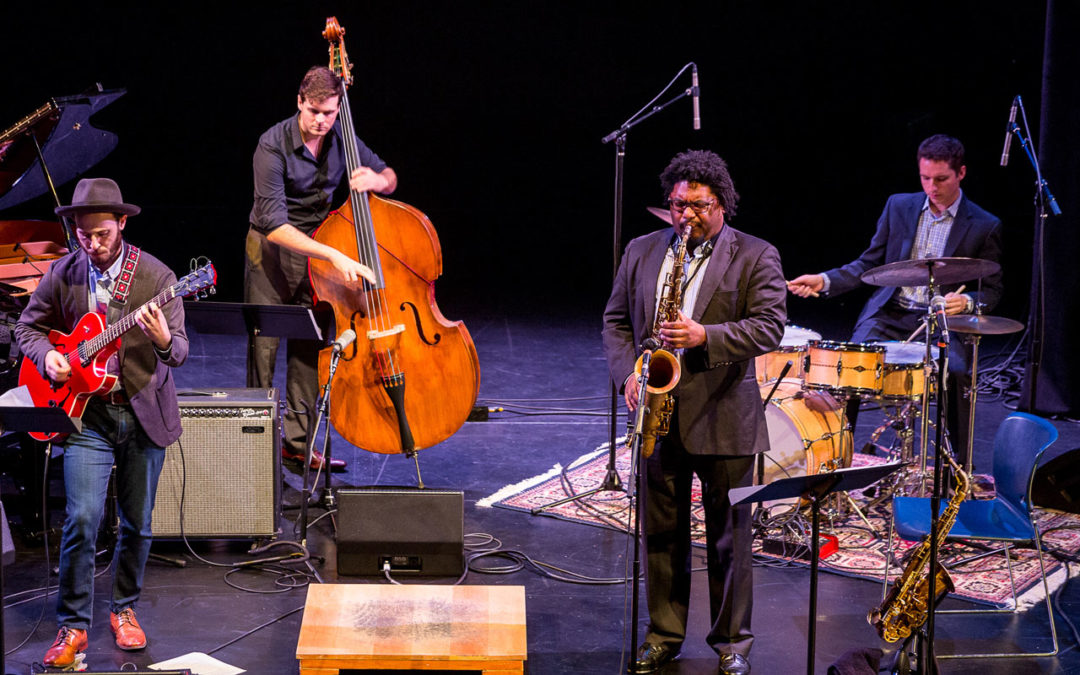 Earshot Jazz is excited to announce a new weekly livestream series: Earshot Jazz Live from the Royal Room. We’ll be presenting music that celebrates some of Seattle’s most talented ensembles. March lineup is below and April lineup will be announced soon. Concerts are offered free of charge. Check earshot.org for streaming details and more info.

Come join the party as we celebrate the outstanding achievements of Seattle jazz artists in 2020. Acknowledging the difficult circumstances that artists and community organizers have been struggling under, we thank everyone for their contributions to the Seattle jazz community this past year.

Helping us to celebrate is the super-charged, hard-driving sound of the Alex Dugdale FADE Quartet featuring the multi-talented composer, instrumentalist, and tap-dancer Dugdale, along with his solid crew—bassist Greg Feingold, guitarist Cole Schuster, and drummer Max Holmberg. The FADE Quartet’s livestream performance will bookend the Golden Ear Awards ceremony. Golden Ear and Seattle Hall of Fame recipients will be accepting their awards in a pre-recorded video segment.

Powerful soul and blues vocalist Elnah Jordan and one of the most in-demand Seattle pianists Eric Verlinde were festival favorites—don’t miss their upcoming performance. Longtime musical partners, they’ve honed their deep musical connection, seamlessly melding jazz, gospel, and rhythm and blues. This night promises to be extra special as Jordan celebrates her birthday and Verlinde celebrates his wedding anniversary.

← Earshot Jazz Live at The Forum Letter From The Director →