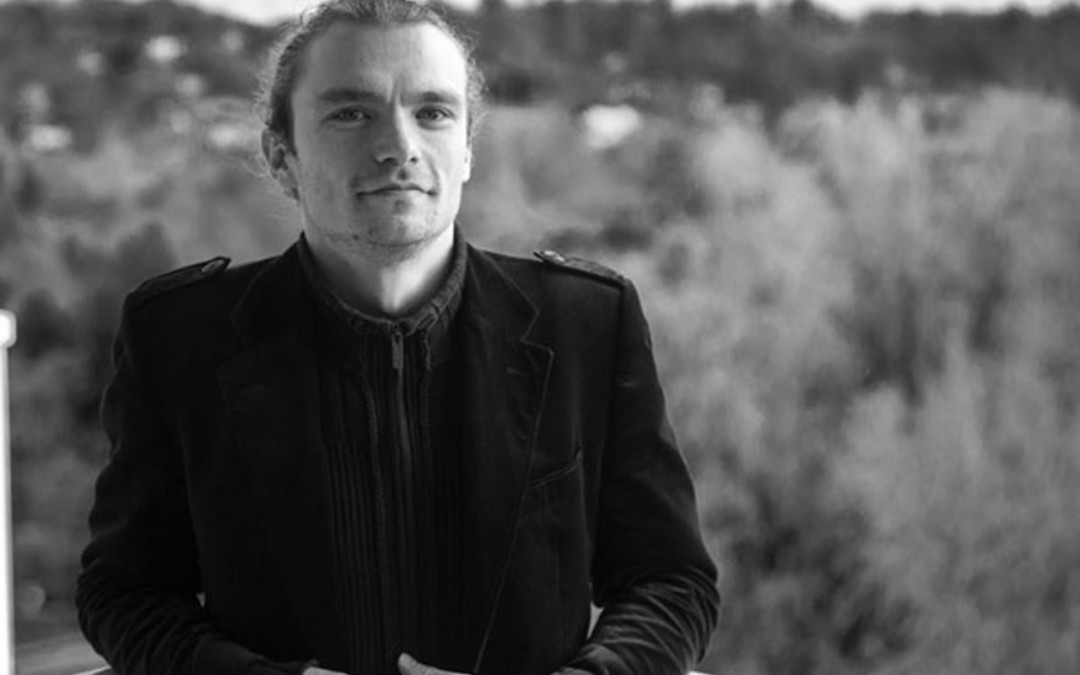 “I wasn’t thinking that I’d be a bass player,” Farko Dosumov says, recounting his days as a new arrival in Seattle. “My mom and dad were like, ‘You need to go to computer school. Microsoft is there, you need to start working on it!’ And I actually did go! Showed up at the campus, filled out some sort of application form …” Laughing, Dosumov finishes, “Of course I never got a call back.”

You would be hard-pressed to find a music fan or fellow musician who isn’t happy that Bill Gates neglected to follow up on this particular prospect. In the last 15 years, Dosumov has become one of the most versatile and in-demand electric bassists in the Pacific Northwest. He is a musician of lofty technical skills balanced by earthy blues roots, with a growling, well-defined tone and a relentlessly smoking groove and locked-in time feel. He is also a superb soloist, with a beautifully flowing and articulate melodic sense.

Cornish College professor Chuck Deardorf was an early mentor to Dosumov, and calls him “a major force on the bass.”

Michael Shrieve, the legendary drummer and bandleader in whose unit Spellbinder Dosumov has played for years, was also an early champion of Dosumov’s talents: “I could sense that he was one of those rare, young musicians that have a hunger, a fire in the belly … I’ve had the pleasure of seeing and hearing that passion grow into a formidable musical force.”

Shrieve also made sure to mention Dosumov’s ever-present positive vibe, which was on full display when Dosumov and I sat down to talk. His positivity, much like his music, is complemented by a focused energy and intensity, and his conversation is peppered with frequent laughter and great stories.

Born and raised in Tashkent, Uzbekistan, Dosumov (along with his twin brother Feodor, now a successful guitarist living in Moscow) started playing music at 14 with strong doses of classic rock and heavy metal, along with a first exposure to jazz and fusion at a local bassist’s jam sessions. Against long odds, Dosumov won a lottery for a green card to come to the U.S., and made his way to Seattle, enrolling for a time at Cornish, where Deardorf helped him develop his jazz foundation. An opportunity to tour with guitarist Danny Godinez beckoned, and Dosumov hasn’t looked back.

Part of the reason Dosumov stays so busy is his versatility. When I asked him if there was a style he identifies most closely with, he hesitates: “Depending on the day – Today I’ll be a blues bass player, because I’m playing a blues gig [with Kader Sundy]. Tomorrow I’m playing Flamenco [with Istvan Rez], so I’ll be a Flamenco bass player, and Saturday I’m playing with a Zydeco guy [Richard Allen and the Louisiana Experience], so I’ll be a Zydeco bass player!” (laughs) “I get so into those styles too … I want to actually do it right. So if I’m playing a lot of jazz gigs, I really focus on the tunes, and think, ‘I’m a jazz guy.’” On St. Patrick’s Day, he’ll be playing Irish jigs and fiddle tunes at the Owl ‘n’ Thistle. “There’s so much in every one of those genres.”

But the ambidextrous versatility also reflects the practical necessity of paying the bills: “The reality is, it does come down to money. You can get creative … but if you can’t pay your rent, you can only go so far. But once you start paying your rent doing music, you realize that you don’t have that much time to be ‘creative’ too.”

“It’s hard. I find it challenging in Seattle to be a full-time musician. You have to juggle a lot of stuff.” His own Farko Collective band is somewhat inactive right now, while he plies his talents as an in-demand sideman. “I can’t just pay those guys $30, and ask them to rehearse. If I’m going to do my thing, I’m going to be asking for a lot: I want to be tight, I want to work on original stuff. After all this work is done, with five or six people in the band, we’re getting paid 30 or 40 bucks each.”

One original project that Dosumov is certain will come to fruition is a collaboration with his brother Feodor, in which both siblings share the writing, trading sections back and forth. The as-yet unnamed fusion project is about halfway done, and Dosumov is clearly excited about the sessions so far, with monster R&B/gospel/fusion drummer Chris Coleman.

“I can see it on the horizon. [Feodor] is doing really well in Moscow right now, so he can actually afford to fly me back and forth.” Dosumov will return to Russia this year to finish the other half of the album. Despite the distances involved, the siblings share a deep musical bond. “I like his approach with music, we’re kind of on the same page – because we’re twins!” (laughs) The brothers plan to do a tour of Russia first, followed by a stateside run.

The flipside of Dosumov’s energy and focus is a certain restlessness and desire for new challenges. He has a well-deserved reputation as a soloist, and is frequently hired by bandleaders who want to “pull out that card,” but he has a renewed interest in getting “back on the groove side. I find these new ways of playing grooves that are inspiring. I almost want to say at gigs: ‘Don’t give me any solos!’”

The influence of the legendary hip-hop beatmaker J Dilla (channeled through musicians such as pianist Robert Glasper, drummer Chris Dave and D’Angelo’s bass man Pino Palladino) has sent a seismic shift through portions of the jazz world, disrupting a comfortable rhythmic vocabulary and stretching beats like putty, which has caught Dosumov’s ear: “It’s funky, but it’s not ‘Jaco-funky.’ I want to get that thing. I get it, but it takes me a second to find my own thing inside it.”

Unfamiliar genres, new rhythmic feels: All enticements to a player of Dosumov’s talents, who thrives on getting outside his comfort zone. “If I don’t understand something, I love it. I love getting my butt kicked!” (laughs)

These qualities of fearlessness, curiosity and enthusiasm are why so many listeners and players alike respond to Dosumov’s music. Or perhaps it’s even simpler, as Michael Shrieve summarizes succinctly: “Plainly put, dude is badass!” Well said.