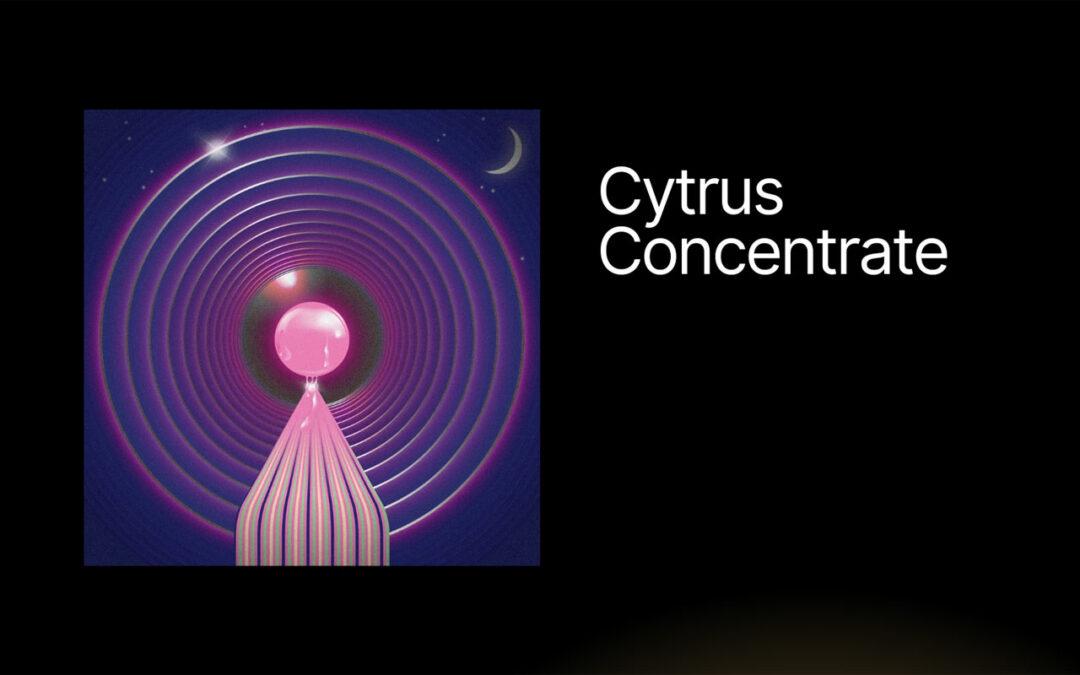 Cytrus is a powerhouse octet who has been on a mission to build a reputation as an unmatched live act for the past three years. Now, after playing numerous shows in Washington State and beyond, they are ready to share their juicy jams on their debut LP, Concentrate. This album is an amalgamation of funk, disco, hip-hop, hard rock, psychedelic and progressive music, all tied together under the bow of high-energy jazz.

Cytrus is Jared Squires (guitar/vocals), Luke Nevills (bass/keys), Brandon Hailey (saxophone), Owen Mayo (keys/guitar), Trevor Church (drums), Alex Dean (synth/keys), Sean Connelly (vocals/keys), and Connor Merritt (aux percussion). The band first caught attention on the music scene in 2020 with the release of their EP, Inside Voices. The band set the tone for their sound as an experimental power-funk band with electronica and psychedelic influences. However, with the release of Concentrate, Cytrus has shown that their musical taste goes further than what we’ve heard before.

Songs such as “Genesis,” “Machine,” and “Extraction” demonstrate the band’s appreciation for jazz-influenced rock bands like TOOL, Rush, and Pink Floyd.

The first song, “Genesis,” opens as a funk-fueled disco track with an Arabian sax solo sprinkled in. Genesis, a term often associated with the beginnings of life, makes this song an apropos way to start the album. By the end of the track, the song takes a bit of a turn sonically. While it still maintains the essence of jazz, the band introduces a darker tone led by the bass riff.

For fans of conceptual albums, Cytrus has created a powerful story within their music. Despite most of the record being instrumental, the pure sound of each song creates an ambiance that perfectly reflects each theme. The newer sounds on this record include lush acoustic jazz guitar, synth-wave keys, swanky jazz, and jazz rap. This release also features snippets of movie and TV monologues as introductions and outros on songs that help progress the story of the record.

Concentrate touches on subjects such as naïve optimism and insight into the harsh realities of life, chasing one’s true passions, the determination to pursue a more meaningful existence, and reaching enlightenment by living a fulfilling life, which Cytrus defines as “the juice.”

It isn’t just the key Cytrus crew that can be heard on this album. Concentrate features guest appearances from The True Loves trombonist Jason Cressey and a friend of the band, Shyam Subder Joseph Raja, who plays the tabla on the song “Office Party.”

The band hopes to release a vinyl edition once the current vinyl shortage ends. In the meantime, you can purchase or stream Concentrate and keep up with the band at cytrusband.com.