Teaching Jazz in The Schools During COVID-19 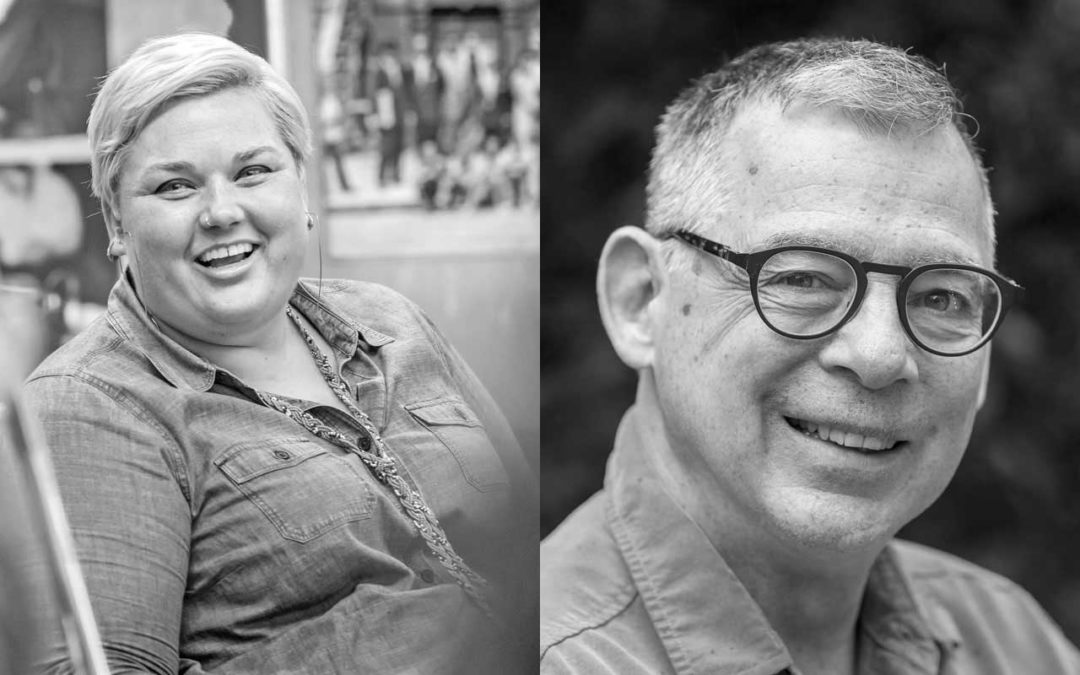 Many teachers are taking the pandemic as an opportunity to re-think how they teach music altogether, to try out a variety of new programs, despite the fact that they’ll have far less class time with their students—in Seattle, perhaps less than two hours per week. Because there can be no live rehearsals or performances in school, teachers have had to step up their technological game, exploring programs such as JamKazam, Band Lab, and GarageBand, never mind struggling to make the notoriously time-lagging Zoom more efficient. Using technology has highlighted questions of equity, as all students do not have access to good equipment or internet service.

But working online has its advantages, too. Because travel expenses are irrelevant, directors can offer workshops by international as well as local musicians, who could all use the work. And even with all the disruption of the usual festival and concert season, band instructors are trying to maintain the seasonal stability of at least one, well-honed virtual performance for their communities.

“This is a real opportunity for everyone to look at the top down, authoritative approach of large ensemble classes,” says Sessink, who will combine jazz band, concert band, and orchestra for some instruction. “Instead of ‘I give you the materials, tell you when the concert deadline is, or tell you you don’t know your part,’ we look at a bottom up approach that’s collaborative, that puts a lot of ownership on the students to have voice in what they want to do.”

Sessink was pleasantly surprised, for example, when KUOW asked him for some audio and Garfield students put together a recording of “Body and Soul” on their own, in two days.

“They’re collaborating with each other with no direction from their teacher. That’s going to be a big component of what we’re doing.”

In the same vein, over at Roosevelt, Brown envisions the possibility of students getting together in their back yards or basements—with parent approval, of course—for live combo rehearsals, recording performances and sharing them for critiques with him and their peers. At JazzED, Clingan is inviting students and their families to become actively engaged in a timely social justice book program—starting with Ibram X. Kendi’s award-winning opus about American racism, Stamped. For students who may not necessarily be interested in improvising, JazzEd will also offer Songs of Protest, a class using FlexScores, which have four parts written for every instrument and at different skill levels, too, which allows more access and equity

Clingan, who has made gender equity a major focus—her all-girls Ellington project is nationally known—has long advocated for a less Eurocentric, gender-inclusive approach to student music.

“This is a golden opportunity to make some radical changes,” she says.

Other innovative programs on offer include Roosevelt’s jazz history project, that ultimately will result in a book; virtual concerts from Mountlake Terrace assembled by Faul from individual student tracks, using Adobe Creative Suite, and a possible “open mic” night for students; JazzED’s Digital Jam of the Week, already active in August; a collaboration between Boxley’s, in North Bend, and Mount Si High School that has already resulted in a variety of virtual performances online; more theory and ear training classes in general; as well as a bigger emphasis on how to produce quality recordings.

Many of these new programs involve a steep technological learning curve, for teachers as well as students. When I talked to Faul, he had just signed up for a webinar in JamKazam and had also boned up on Audacity, the free online recording tool, which his students will use this year.

For families who do not have good internet access or an available smart device, the Seattle School District has guaranteed that every student will have a laptop, says Sessink, though Clingan points out that good Wi-Fi is usually more of a problem.

“One of the solutions is pointing students toward public spaces that have Wi-Fi,” she says.

So if you see some kids with saxophones out in a McDonald’s parking lot this fall, don’t be surprised. They’re just trying to track that last chorus of “Giant Steps.”

Seattle area bands have a long history of workshop experience with well known musicians, but in 2020 there will be even more of that. Seattle players such as Steve Treseler, Kate Olson, Jared Hall, Johnaye Kendrick, Michael Glynn, and Marino Albero have already stepped in, as have musicians from the wider world, including Terell Stafford, who worked with Mount Si kids last spring, and ex-Seattleite Dawn Clement, who tutored Roosevelt. This fall, a colleague of Sessink’s in Detroit will offer students from all the Garfield ensembles a virtual tour of his recording studio, as part of his Creative Artist Workshop series.

But innovations aside, band directors realize that a mainstay of the school music year is honing a piece of music and playing it for your community. That’s why Brown still intends to present, one way or another, Duke Ellington’s Nutcracker Suite. “We want to keep that tradition alive,” says Brown. “The kids look forward to that. It’s funny, I never thought this is what would happen, but a lot of these kids came to see that when they were in third or fourth grade, and that’s why they wanted to get into the band, so they could play that music.” –Paul de Barros