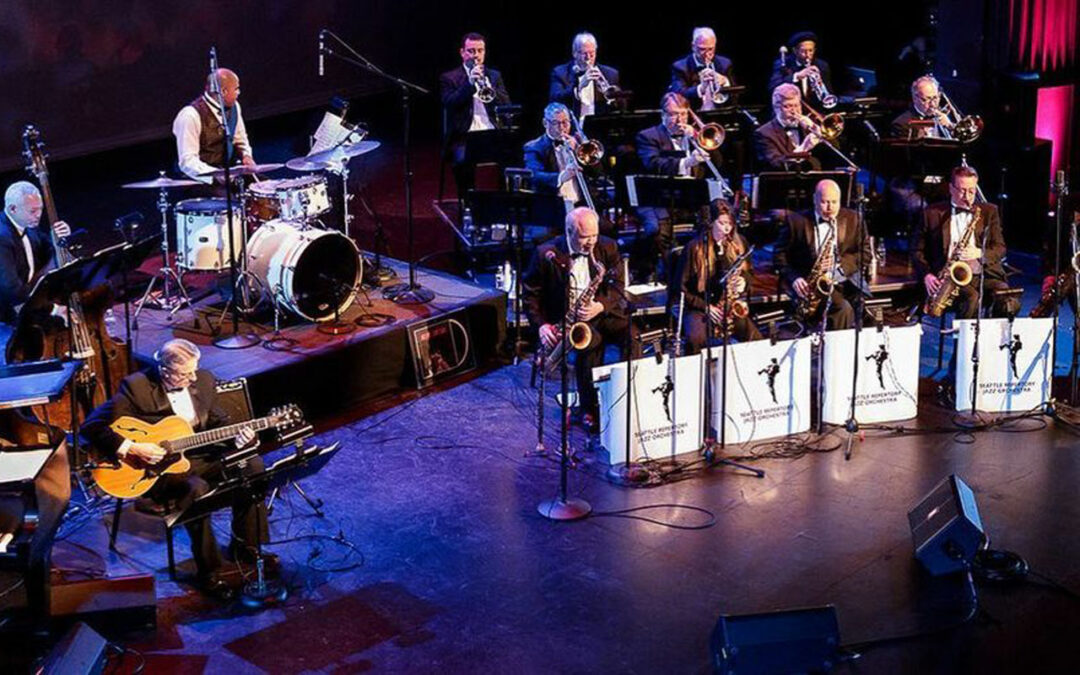 SRJO’s library continues to grow each year due to Brockman’s diligent work recovering and transcribing lost-to-print compositions, as with Duke Ellington’s landmark Reminiscing in Tempo, crafted as a tribute to his mother, Daisy, who passed in May of 1935 at the age of 56. On a train ride through the South, Ellington began writing “a detailed account of my aloneness after losing my mother… Every page of that manuscript was dotted with smears and unshapely marks caused by tears that had fallen.” In the care of Brockman and the entire orchestra, Reminiscing is sure to be an emotional, stirring performance.

Joining for other hits from the golden era of jazz is vocalist Jacqueline Tabor, a Bellevue native whose artistry is informed by her time living in Louisiana and being immersed in the blues. Since returning to Seattle and embarking on her professional career, she has gone on to release several albums, including 2018’s acclaimed The Lady in the Gown, perform at many of the region’s top venues and festivals, and receive the Golden Ear Award for Northwest Vocalist of the Year.