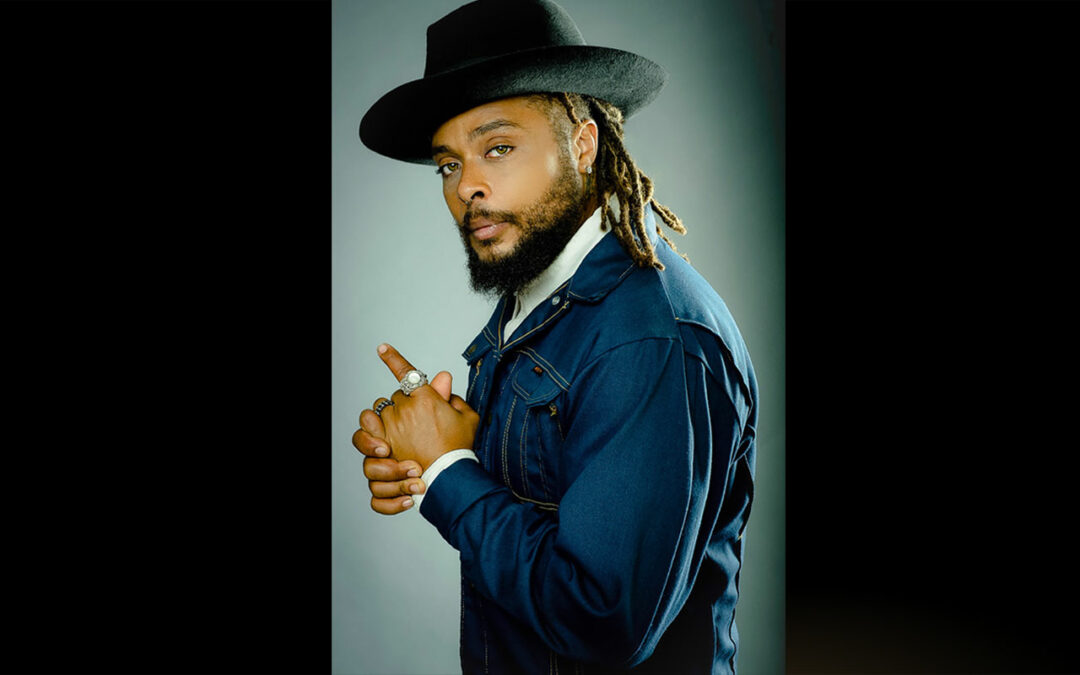 Alto saxophonist, bandleader, and composer, Logan Richardson embodies a restless creativity that takes him to musical contexts that defy categorization. His music honors the past and reaches into the future—in fact, his 2021 release was aptly named Afrofuturism.

All that comes together in his Blues People band, taken from the same name as Amiri Bakara’s 1963 book, Blues People. The Blues People describe themselves as “a modern-day version of the Kansas City blues, Black American music, and rock & roll tradition.” The music demands attention, from Richardson’s playing, which has been described as “beyond lyrical,” to the shifting dynamics of the compositions, virtuosic playing of the band, and positive messages.

For an NPR Tiny Desk performance, the hosts hailed them by stating, “Logan Richardson’s latest project, Blues People, is a condition, a state of being. The album was derived from the early slave calls that inspired the earliest American jazz and blues musical traditions. Here at the Tiny Desk, the saxophonist revisits that history with four remarkable songs from the album, all performed with a hope that our country’s future will be less painful than its past.”

Richardson, 42, grew up immersed in R&B, pop, rock, funk, soul and gospel. Growing up in Kansas City, as a teenager he performed with local jazz legend Jay McShann and with the Kansas City Symphony at 16 years old. A recording career as a bandleader that began in 2007 hit a breakthrough with the 2015 Blue Note release Shift, featuring guitarist Pat Metheny and pianist Jason Moran.

For this evening, The Blues People are Richardson, Peter Schlamb on vibraphones, Dominique Sanders on bass, and Nazir Ebo on drums.