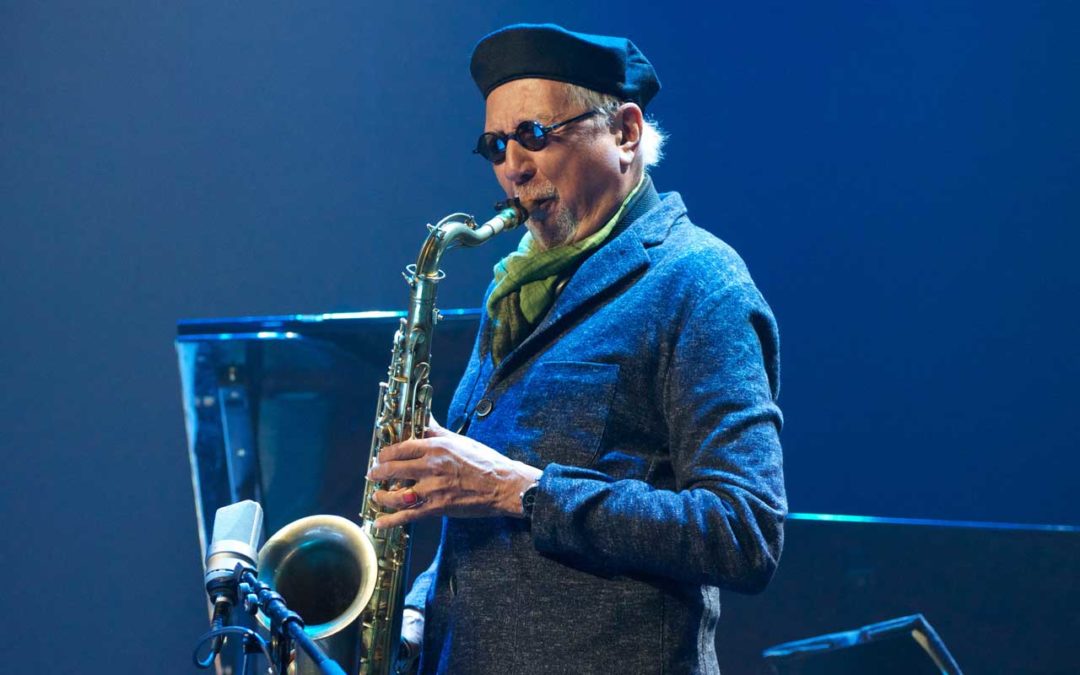 Concerts by the legendary saxophonist, flutist, and composer Charles Lloyd are séances. He brings to bear six decades in post-bop, free jazz, psychedelic, and traditional music in his “strange and beautiful distillation of the American experience, part abandoned and wild, part immensely controlled and sophisticated” (The New York Times).

A true Earshot Jazz favorite, he closes out this year’s festival with his Ocean Trio, one of three recently formed for his latest work, the expansive Trio of Trios. For these three albums, each embodying Lloyd’s restless creativity, vast soundscapes, and reverence for the art form, the jazz titan calls upon frequent collaborators and fellow greats. “I go exploring with these other poets and sages,” Lloyd told NPR of his Trio companions. “It was like another chance to tell the truth.”

Recorded in the 150-year-old Lobero Theatre, in Lloyd’s hometown of Santa Barbara, the appropriately named Ocean is the second installment in his Trio masterwork, bookended by June’s Chapel, with guitarist Bill Frisell and bassist Thomas Morgan, and November’s Sacred Thread, with guitarist Julian Lage and percussionist Zakir Hussain. While the album features Anthony Wilson on guitar and Gerald Clayton on piano, Earshot audiences will be treated to a lineup including Wilson and bassist Harish Raghavan.

No stranger to Earshot audiences, Harish Raghavan has appeared frequently on Seattle stages as a member of various ensembles, including with Ambrose Akinmusire, Ben Wendel, and, of course, Lloyd. Earlier this year, the Chicago-born, New York-based bassist celebrated the release of his sophomore album, In Tense, a record that “offers that mindful clarity through its captivating compositions and hypnotizing intensity” (Bass Magazine).

On Ocean, as noted by The Guardian, “space, reflection, respect, and devotion to jazz’s roots permeate this music”—a throughline of Lloyd’s oeuvre as much as it is the 2022 Earshot Jazz Festival.