Robin Holcomb and the Poetry of Song 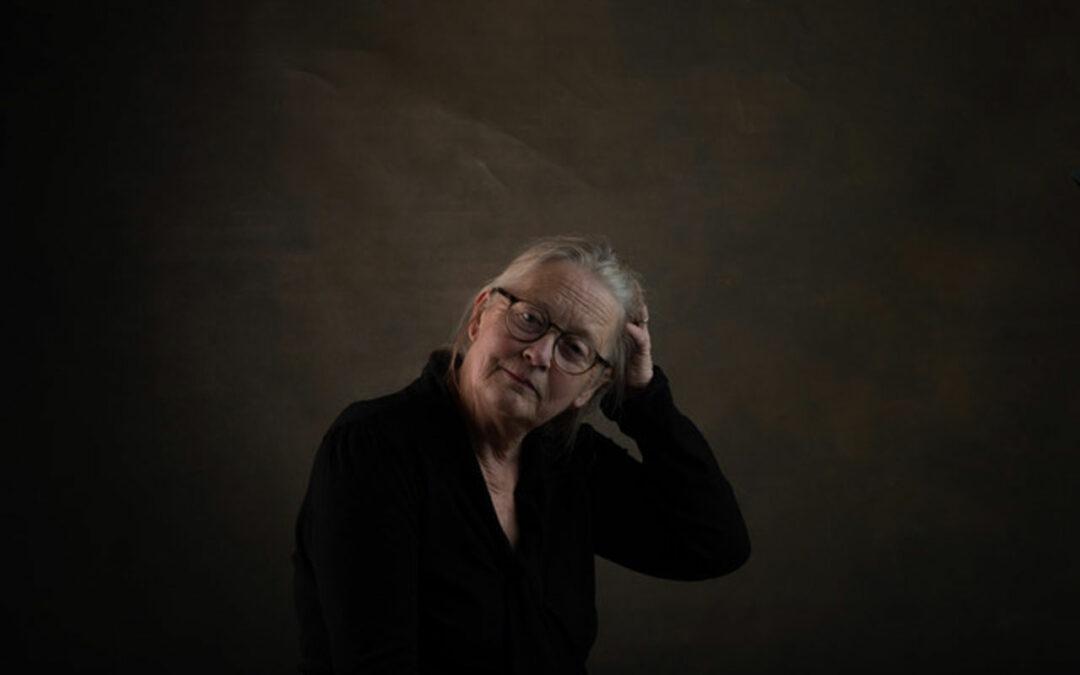 In the John Berger poem “Kerchief,” he writes, “In the morning / Folded with its wild flowers / Washed and ironed / It takes up a little space in the drawer.” It continues, “Shaking it open / She ties it round her head.”

“In the evening” the Berger poem continues, “she pulls it off / And lets it fall / Still knotted to the floor.” Robin Holcomb’s songs are like that. They are plain-spoken songs; folk songs rooted in Americana, but haunted slightly, unknowable. The piano being played is spare, unpretentious, and unadorned. The knot on the floor – her music – is left for the listener to unravel.

“I rarely set out to write about something particular,” Holcomb said from her Seattle home she shares with her husband, Wayne Horvitz. “They’re often about estrangement. Being disoriented.” She said her music is, “a crystallization of a person navigating the world.”

Her music, Avant folk, is being released by Westerlies Records. One Way or Another, Vol. 1 is an intimately stripped-down collection of songs that came out in October. The second volume is scheduled to be released in early 2023.

“Her voice is otherworldly,” said Lenny Kaye, a guitarist of the Patti Smith Group. “To say I was enchanted,” he said of the new album, “as if by a magic spell, is to underplay the earth and bone that anchors each delicate composition.”

The album was recorded at SnowGhost Music in Whitefish, Montana. All the album needed was her voice, a piano, and audio gear. Working with Horvitz, they chose selections from four previously released Nonesuch titles, plus compositions from theatre projects.

“I have been writing and performing songs for many years,” Holcomb said about the inspiration for the new album. “I wanted to create a collection of songs I’ve recorded previously with a band; songs never before recorded; and a handful of arrangements of the songs of Doc Pomus, Randy Newman, and Stephen Foster, from across my career.”

“Cast away everything empty,” she sings on the album. “You win every time in the end.”

What makes a poem? What makes a song? One could say Holcomb’s music dances on the thin gossamer line between the two. “I wrote poems before I wrote songs,” she said of her past. “And I wrote music before I put words to them.”

She’s put words to a lot of them now. In addition to the new album, she recently released Lyrics, a book of her lyrics, published by Crazy Larks Press. It includes a good deal of her work including “Electrical Storm” (“Your heart repeats my own / And your tears taste like the rain”); “Deliver Me” (“Can you prove what’s holy when the river runs dry?”); “The Natural World” (“How much more / Can the water hold / How many beats / In the hallelujah”); and many other songs.

A busy woman, Holcomb is a self-admitted recluse who said her day-to-day life didn’t change much during the height and horror of the COVID pandemic when everything quieted.

She recently did a residency at BEAST in Vancouver, British Columbia. She recently had a concert at The Church House in Bellingham. At the end of December, she performed at The Royal Room, double billing with her husband’s Zony Mash band.

There are thoughts of getting passports fresh stamped next year, as Holcomb and Horvitz travel to Europe, staying in Switzerland with gigs scheduled in Italy.

The Berger poem concludes with “On a cotton scarf / Among painted flowers / A working day has written its dream.”

These current working days are a dream for Holcomb. Being part of Seattle’s collaborative, cross-pollinating cultural community, playing with others, or just sitting at a piano quietly in her house, penning a song, embroidering the day with her art.