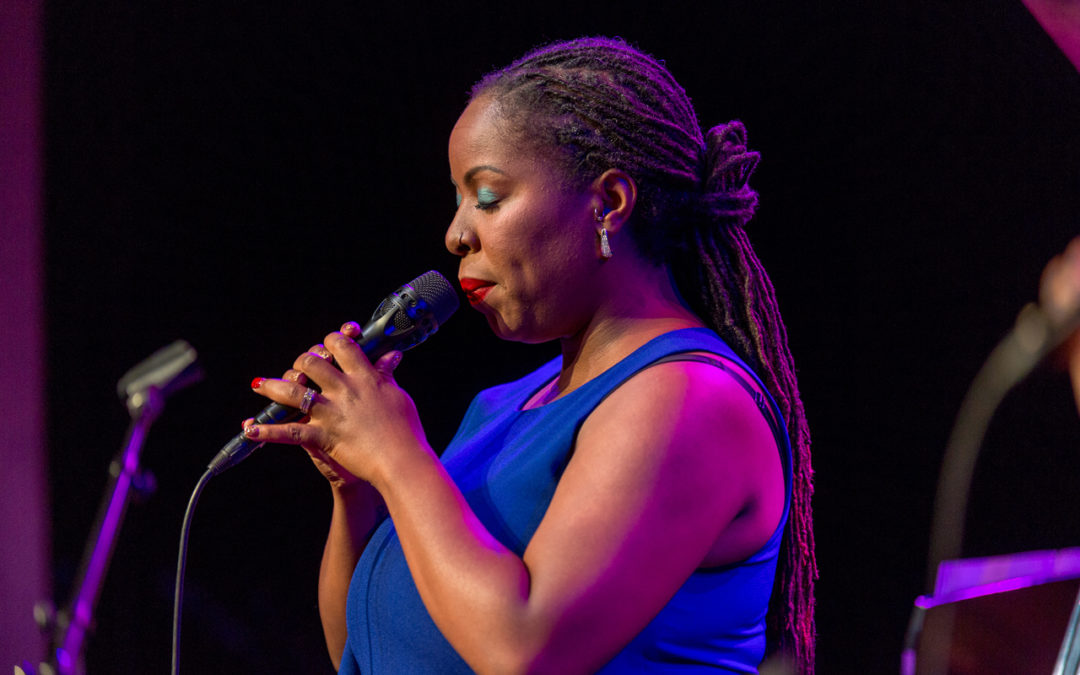 Iconoclastic performer, songwriter, and civil rights icon, Billie Holiday emerged from the nascent jazz scene of 1920s Baltimore to leave an incredible and complicated legacy that reimagined the style and role that Black female performers would play for generations. Born Eleanora Fagan Gough, Holiday made the transition from singing along with the records of Bessie Smith and Louis Armstrong to singing for tips in back-street Harlem clubs as a young woman. Holiday’s untrained, and therefore radically unique vocal style, came into prominence just as the Harlem Renaissance began to fuel the nationwide swing era. Holiday was one of the first performers to rely heavily on the use of microphones, allowing her to convey an intimacy with large audiences previously not possible.

At the tender age of 18, renowned A&R man John Hammond brought Holiday from a Harlem basement to the recording studio alongside Benny Goodman to cut her first sides. Through the late 1930s, Holiday recorded a string of hits with pianist Teddy Wilson and forged a lifelong musical relationship with saxophonist Lester Young, whom she would nickname “Prez,” after he created her famous sobriquet, “Lady Bird.” She also fronted the bands of Count Basie and Artie Shaw during this time, catapulting her to national fame.

Lewis Allan’s poem, “Strange Fruit,” which described the horror of racist lynchings in the South became a pivotal work for Holiday, and one of her most iconic recordings. When her record label found the material too controversial to release, Holiday moved to Commodore Records, where she would have more freedom. Many scholars have pointed to “Strange Fruit” as the first protest song of the civil rights era, one that became a signature in Holiday’s performances. Throughout her life, Holiday risked not only her career by performing and recording such daring material, but also her personal safety. At just twenty-three years old, Holiday was targeted by federal narcotics agents in an attempt to silence her calls for racial equality and to remove such a prominent and glamorous Black artiste from the public eye. Fortunately, her talent, charisma, and the righteousness of her cause have allowed her legacy to prevail, placing her in the pantheon of early civil rights icons.

On January 16, South Hudson Music Project will present “Painting the Town Red: A MLK Day Tribute to Billie Holiday” at The Royal Room. Listeners can expect selections from Holiday’s illustrious career, in a fitting celebration of both Holiday’s life and work, and the legacy of Dr. Martin Luther King Jr.