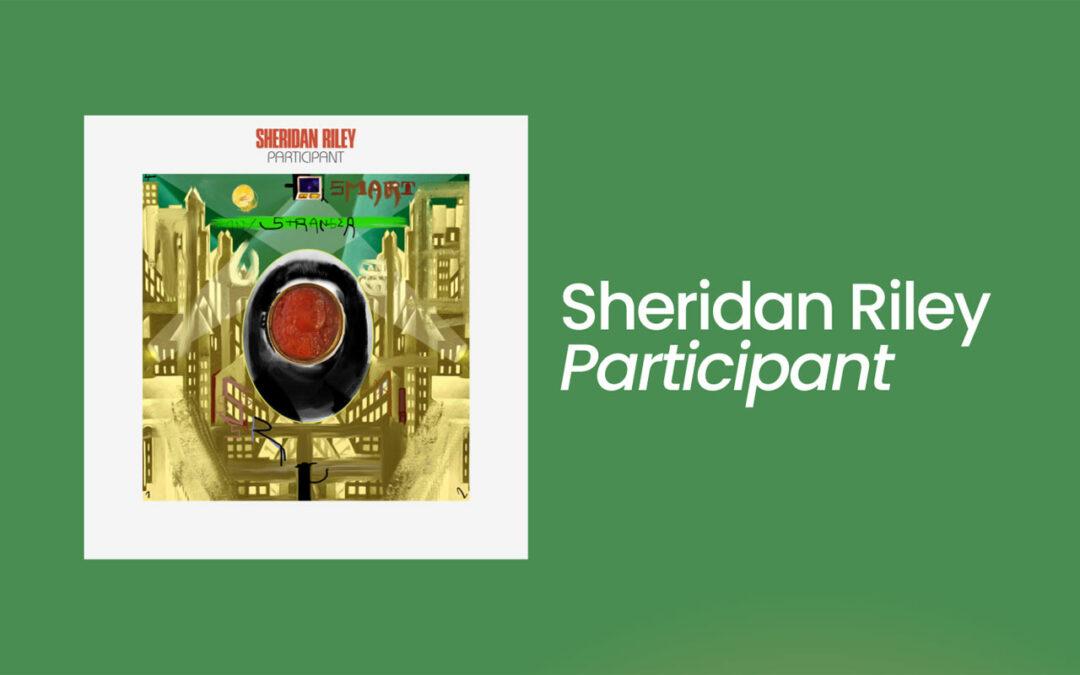 There’s a great little book for artists or aspiring artists—Steal Like an Artist (2012) by Austin Kleon—that makes the point that if you imitate enough people for long enough, eventually what you produce as an artist becomes something entirely new and original. That concept seems to underpin drummer Sheridan Riley’s recent EP, Participant. Track titles make the point: “Try It,” one offers; “Embody” it, another urges. Simply participate, as the album title suggests, until you discover yourself.

Riley has made no secret of their broad range of influences, talking in interviews about listening as a child to Patsy Cline albums and Motown compilations and finding inspiration in drummers as diverse as Karen Carpenter, Art Blakey, and John Bonham. At the same time, though, they point out that physically they never identified with figures like Bonham, Dave Grohl, or Keith Moon. One of the voices on the track “Glow” comments, “I think I just need to talk to my body more, […] I’m like a beginner in this relationship.” There’s something of that attitude in Riley’s entire career: the search for a genuine identity through trying on personas.

Musically, the EP enacts that spirit of exploration. There’s a commonality among these four tracks, yet each one offers something different, from the jazz-based opening song, “Embody,” to the ethereal free jazz sound of “Try It,” to the hard-driving rock feel of “It Did the Trick.”  Riley includes many recorded voices, allowing their various musings to bump against one another and sometimes remixing them so that they make entirely new thoughts. “As I was driving, I was just screaming in my car…it felt good to let loose,” one voice says in “Try It.” “Everything is at peace in the internal world,” another says in “It Did the Trick.”

While the voices dominate in one way, in another, they’re merely the context for Riley’s drumming explorations. The EP as a whole exists in the jazz world, with piano riffs scattered here and there and trumpets, saxes, and trombones punctuating ideas with growls and cries. There’s a rock sensibility here too, though, jazz and rock sometimes fusing in unexpected ways. On “Try It,” Riley utilizes jazz rhythms but falls into grooves that repeat with the force of rock drumming. In “It Did the Trick,” the drumming is straight-ahead rock—metal, in fact—and yet Riley unexpectedly disrupts the rhythm in the way any jazz drummer might.

Overall, the album offers a thoughtful meditation on what it means to be a drummer, an artist, a person finding ones way in the world. It is a meditation that is as thoughtful musically as it is conceptually.

← One for the Books Steve Peters, With My Back to the World →